Surprising criticism from the NRA. 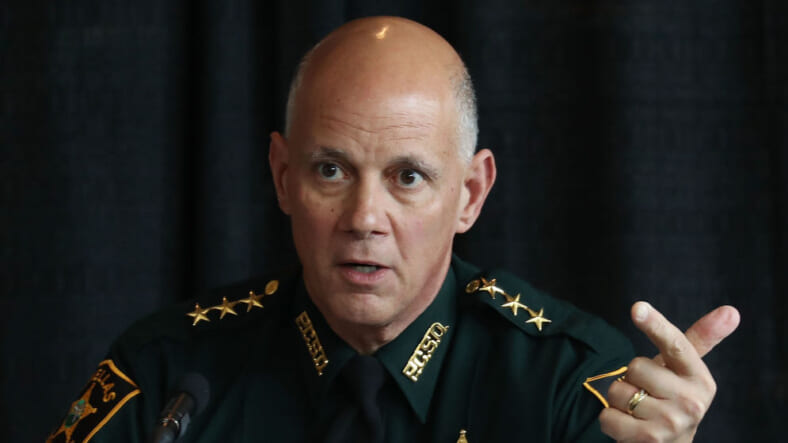 Powerful gun lobbying group the NRA surprised political pundits earlier this week by criticizing a Florida sheriff for not arresting the white man who shot and killed unarmed Markeis McGlockton over a parking dispute.

Pinellas County Sheriff Bob Gualtieri‘s decision not to arrest Michael Drejka has renewed the debate concerning Florida’s controversial Stand Your Ground law. The legislation, first enacted in 2005, gives wide berth to the boundaries of what is defined as self-defense. The law was further expanded in 2017, putting the onus on the prosecutors to prove by “clear and convincing evidence” that force was not necessary during the incident in question.

In an email to Politico, NRA ’Tallahassee NRA lobbyist Marion Hammer expressed her concern that Sheriff Gualtieri improperly interpreted the Stand Your Ground law. “Nothing in either the 2005 law or the 2017 law prohibits a sheriff from making an arrest in a case where a person claims self-defense if there is probable cause that the use of force was unlawful,” wrote Hammer.

Despite criticism from the NRA and even the Republicans who drafted the Stand Your Ground legislation, Sheriff Gualtieri stands by his decision. “I didn’t get it wrong,” he said in a Tuesday press conference, according to the New York Times.

In a separate interview with the New York Times, Sheriff Gualtieri emphasized that although he personally would not have fired a weapon in Drejka’s situation, he still does not believe that Drejka’s actions were illegal.

“Do I think that I would have shot in that situation? No. But just because I would not have, or don’t believe I would have, doesn’t mean he’s not within the boundaries of the law,” he said.