5 things to know about ‘Insecure’ ahead of Season 3 premiere

A rundown of what you will and won't see this season. 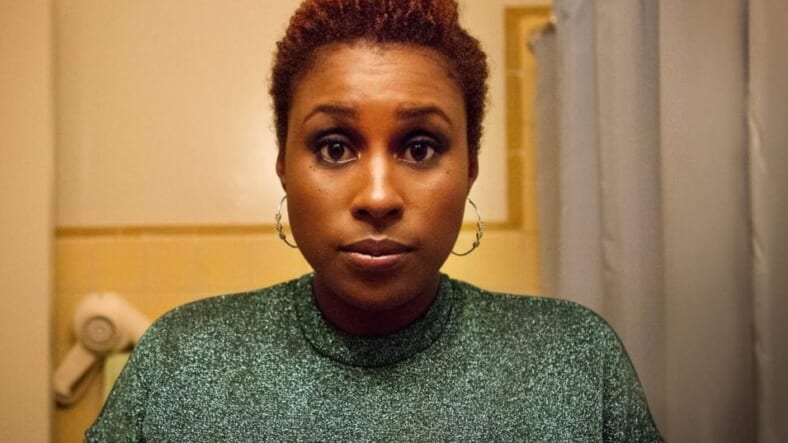 Insecure fans are gearing up for the highly-anticipated third season of the hit show that returns to HBO this weekend.

If, like us, it’s hard for you to remember exactly where we left things, we’ve got you covered with a few things to keep in mind ahead of the season premiere. Even though we’ve already peeped the upcoming episode, we promise not to spoil the fun.

Here’s a list of what you should and shouldn’t expect to see this season:

Issa is still silly AF. Now that Issa is all the way on her own and out of the apartment she shared with Lawrence, don’t expect her to give up her antics. “Mirror Bitch” will show up with a vengeance and so will Issa’s insecurities, especially when it comes to her job at We Got Y’all.

Adulting sucks. Speaking of jobs, Issa is in hot water with her boss ever since her segregation scheme was discovered. One thing made clear this season is the fact that we all have to grow up sometimes and the pains that come with age are mounting against our favorite girl.

Friends are forever. As we age, our relationships change, especially when our best girls start getting married and having babies. Despite these facts of life, the story will continue to focus on the strong bond between Issa and Molly as well as their other friends Kelli (Natasha Rothwell) and Tiffany (Amanda Seales) who is expecting her first child this season.

Love for Lawrence. Don’t expect to see any love scenes between Issa Rae and Jay Ellis because Lawrence is gone for good (or at least for now.) Stay focused on the now. In case you forgot, that “now” includes Daniel (Y’lan Noel) in all his chiseled glory now that Issa has decided to crash on his couch while she looks for another apartment.

Messy Molly. Just when we thought Molly (Yvonne Orji) would get it together and let her guard down with Quentin (Lil Rel Howery) once they did the deed, we watched her stare down Dre (Sarunas Jackson) at her doorstep. Don’t expect Molly to clean up her act or her love life anytime soon because there’s a lot more drama to come.

Bonus: Two of the show’s writers, Ben Cory Jones and Amy Aniobi told us we can expect Issa’s openly gay brother to have a bigger presence this season.