The International African-American Museum, already having reached its fundraising goals, got a boost from two people who are big fans 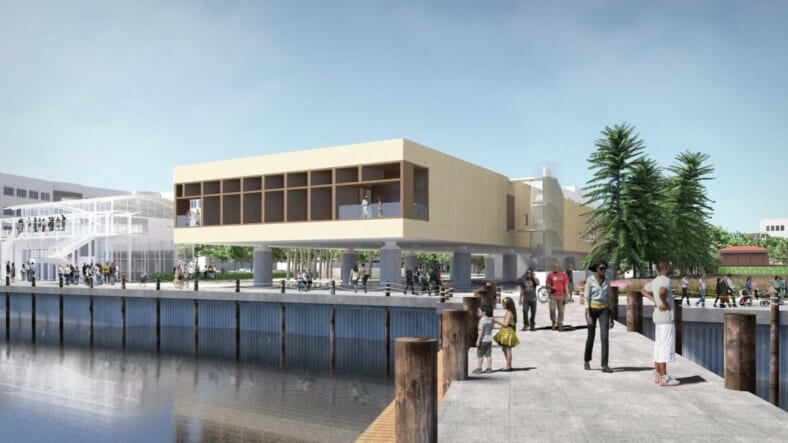 An African-American museum in South Carolina that has been in the works since 2000 just received another huge gift from a Colorado couple.

The International African American Museum in Charleston announced on Wednesday that it had received a $500,000 gift from Harry and Susan Frampton of Vail Valley, Col., according to the Charleston Post and Courier.

READ MORE: Oprah Winfrey gets her own exhibit at the National Museum of African-American History

The Framptons are South Carolina natives. Harry is a Hartsville native who is founder and chairman of East West Partners in Colorado while Susan is a Beaufort native and former schoolteacher who is active in the nonprofit community.

“I have watched Charleston grow and evolve over the course of many years now, and I can think of no addition more perfect to the Charleston landscape than the International African American Museum,” Harry Frampton said in a written statement.

The donation comes a week after the museum, which is scheduled to open in 2020, announced it had reached its fundraising goal of $75 million. The city and county of Charleston gave $25 million, and the state of South Carolina donated another $25 million.

Former Charleston Mayor Joe Riley says the project is continuing to raise money to cover inflation and other expenses.

“When I first announced the dream to build this institution 18 years ago – it was just that, a dream,” Riley said last week. “Something far off in the distance that I knew would require an incredible amount of work from countless people.

“Thanks to all those who believed in the value and necessity of this museum,” he added, “it is now more than a dream, it will soon become a reality.”

The museum is being built in Charleston, where nearly half of all captured and enslaved Africans arrived in North America. The Framptons’ donation was will also help with the construction and help speed the process along.

“It is particularly meaningful to have Harry and Susan’s support from Colorado, half way across the country,” museum CEO Michael Boulware Moore said in a statement. “We know that this museum will be relevant and important to Americans from every state in our nation, and this generous gift illustrates just that.”

READ MORE: More Than Monuments: How African American landmarks can serve as healing spaces in the wake of Charlottesville