Find out which stars will perform at her final farewell.

If you are like most of us, you will not be attending Aretha Franklin’s stately funeral in Detroit this Friday, but there are a few ways that you can catch every moment of the Queen of Soul’s home-going services online and on television.

If you happen to have Bounce TV, you can watch the funeral live on there and to watch the live stream, sign up for a free trial week on Bounce TV’s streaming service Brown Sugar (it’s $3.99 per month after that.) Bounce is an African American broadcast network and Brown Sugar offers up a whole catalog of Black films.

CNN and (interestingly enough) Fox News will also air portions of the service. Read the details below:

Where to Watch: Bounce TV, BrownSugar.com, (Partial coverage on CNN and Fox News)

So many people shared touching tributes of what Aretha Franklin meant to them after the Queen of Soul passed following a long-fight battle with pancreatic cancer.

But it’s a tender moment captured on video and shared by Victorie Franklin, one of her grandchildren, that has everybody feeling like the legendary singer was their grandmom too.

Victorie Franklin shared a piece of her world by uploading to Twitter a grainy home video of Franklin – a self-taught pianist – as she played the keys and hummed a sweet tune. Looking relaxed and in her element, Franklin played away as Victorie quietly taped her grandmother. But Franklin knew Victorie was there because she ended the impromptu piano playing by throwing a kiss Victorie’s way.

I have many memories of me coming into her home and she would be playing the piano and singing. Words can’t describe the pain I’m feeling, but God is telling me that she is at peace. Today we lost an icon, a legend, but today I lost my grandma. I love u and imma make u proud ? pic.twitter.com/cSFK5pibEV

Here is a copy of the full program for Aretha Franklin’s funeral service on Friday, Aug. 31. 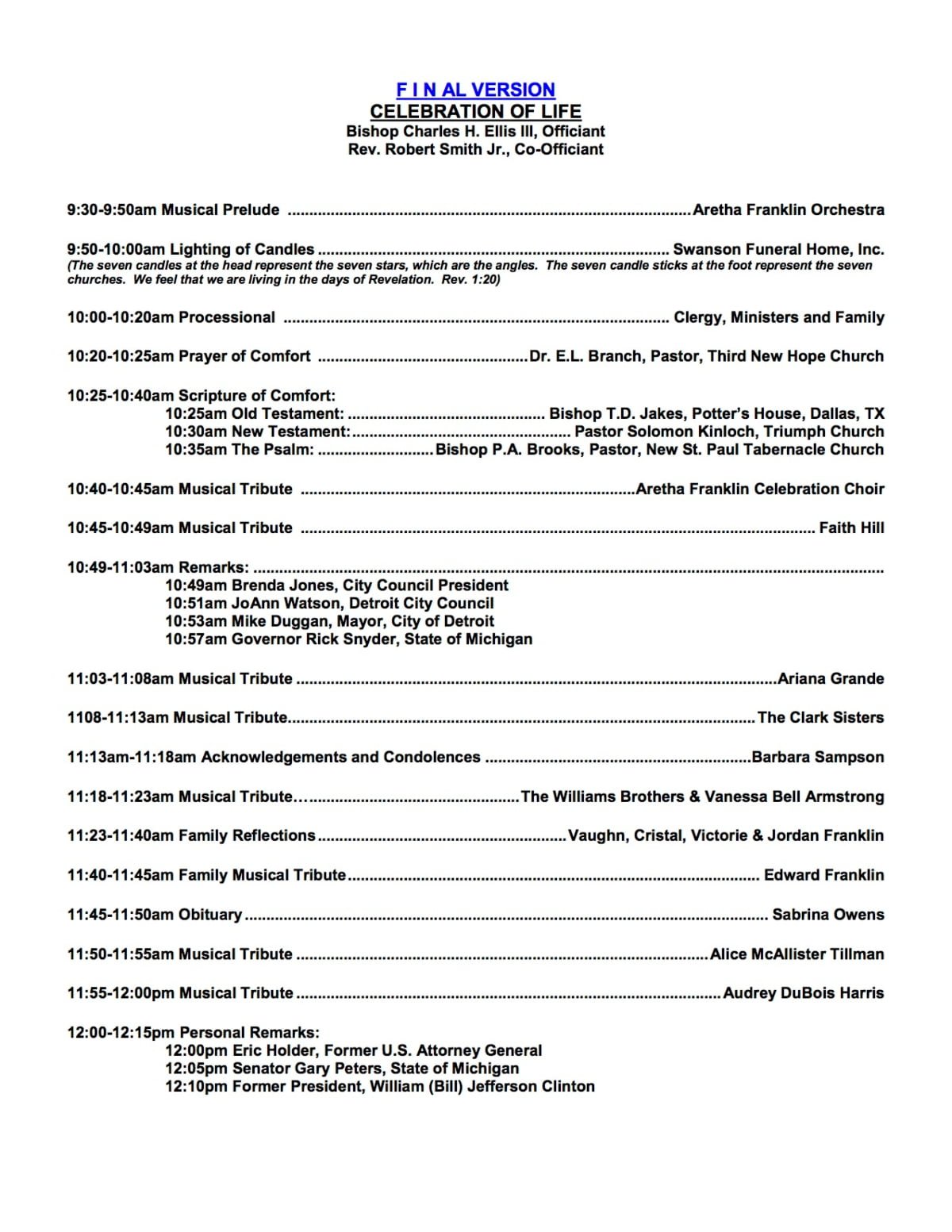 The full program (page 1) for Aretha Franklin’s funeral service on Friday, Aug. 31 has been released. 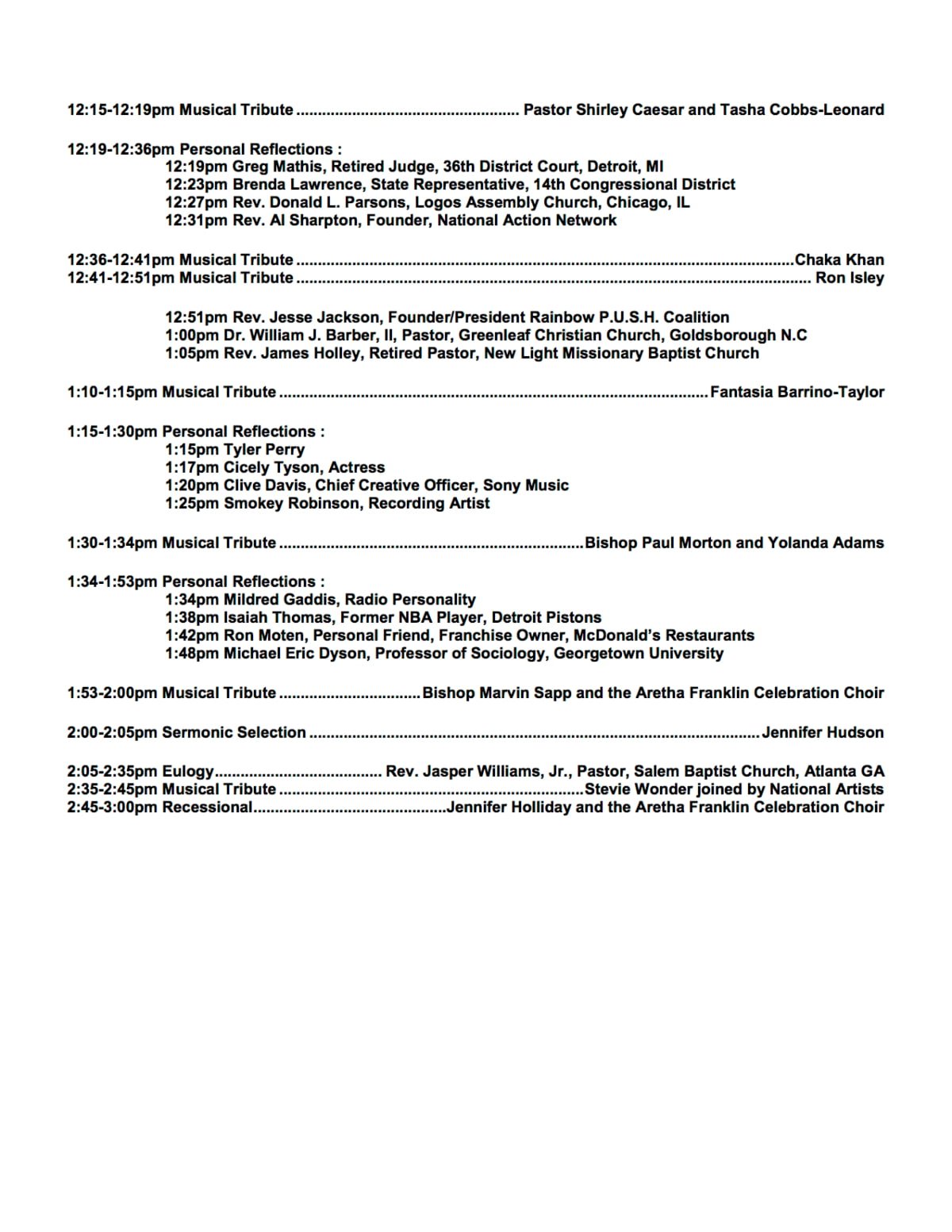 The full program (page2) for Aretha Franklin’s funeral service on Friday, Aug. 31 has been released.