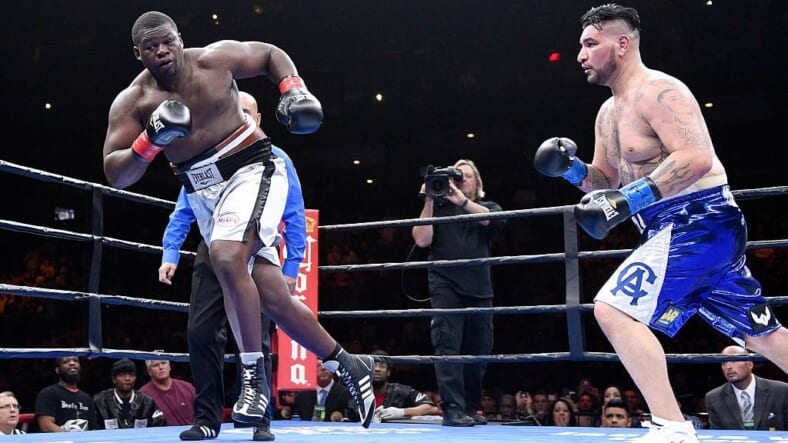 American boxer Curtis Harper became a trending topic last month when he walked out of the ring immediately after the opening bell sounded for his bout against Efe Ajagba of Nigeria.

Harper’s trainer, Nate Campbell, was one of his loudest critics and said he was “embarrassed” by his fighter’s move.

“This man disrespected himself, his wife, the fans and me,” Campbell posted on social media.

Video of the moment went viral showing the 30-year-old refusing to fight in the six-round heavyweight matchup against Ajagba at the Minneapolis Armory.

His bizarre actions were initially believed to be motivated by a payout and contract dispute, as journalist Jordan Hardy of Premier Boxing Champions said Harper told her the walkout was because of money.

“He walked out of the ring because he’s not getting paid enough to fight and that he wants respect,” she wrote on social media, which is partly true, but Sporting News spoke with the fighter recently and he shared that there’s much more behind the story.

As noted by SN’s Thomas Hauser, the main issue was a contract dispute in which Curtis believed the fight would not be televised but learned later that it would be as part of the Premier Boxing Champions promotion. When his camp crafted a new deal, it was never signed by all necessary parties, the report states.

“I signed the contract, but they never gave me a signed contract back. They told me that there was no TV, and then it was a TV fight. I kept asking for the signed contract, and they wouldn’t give it to me,” Harper said.

His decision to walk out was also motivated by the presence of an unwelcome person in the opponent’s corner.

“I pretty much made up my mind in the dressing room, but I wasn’t sure,” said Harper on his decision to walk out. “Then, when we touched gloves and I saw one of the people who hadn’t done right by me in the other corner, that was it.”

According to Sporting News, Curtis’s boxing license is currently in jeopardy based on his actions. A boxing committee hearing scheduled for Sept. 7 will decide his fate.