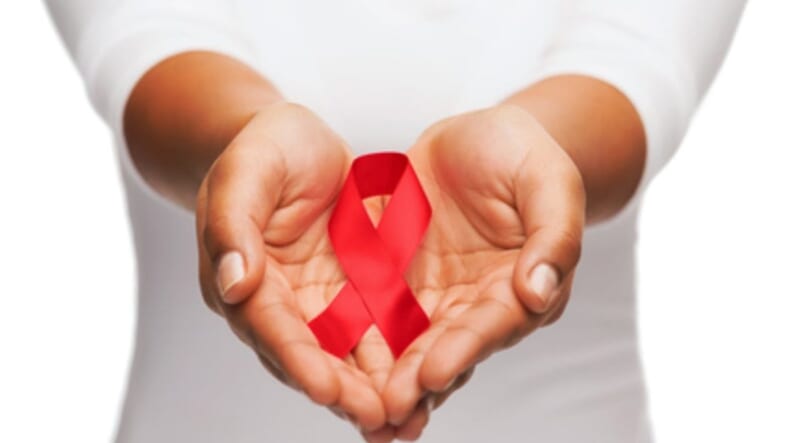 The United States Conference on AIDS began its annual conference on Thursday in sunny Orlando Florida. The event, which has currently registered over 3000 participants, has brought together some of the best and brightest from all areas of HIV including research, direct services, treatment and prevention.

Prior to the opening plenary session, you could hear loud chants and cheering on of the transgender community, who set up shop where people waited to enter—challenging the crowd to join in the chanting of “Trans Lives Matter.”

The chanting was being led by Ruby Corado—executive director of Casa Ruby in Washington D.C., which offers shelter and services for transgender people. The crowd waiting for the opening plenary began to join in the chorus of chanting, setting up a feel-good environment of empowerment and encouragement.

READ MORE: Obama criticizes Trump in Illinois speech ‘How hard can that be, saying that Nazis are bad’

During the plenary, Black Lives Matter founder Alicia Garza gave a powerful speech to the room of nearly 2,500 people, talking about the intersections of activism within healthcare with specificity to people of color. “Intersectionality is not diversity. Intersectionality is the ability to see where we stand in relationship power” was the strongest takeaway from her speech—as we have watched power and privilege continue to be wielded against the HIV community.

The last 18 months have been troubling waters for the HIV industry with constant threats of reduction of funding and programs from the Trump administration. During this time, the current administration has shut down the Office of National AIDS Policy, disbanded the Presidential Advisory Council on HIV and AIDS, and requested nearly 1.2 billion dollars be cut from HIV funding both foreign and domestic.

The latest attempt at defunding HIV came just a few months ago when the suggestion was made to fund border separations with Ryan White Funds—the largest pool of money set aside by the federal government to help patients who are HIV positive afford medication and services.

The blatant attempt to attack this marginalized group has not been taken lightly by the HIV community. There has been continued public pushback by most hundreds of HIV non-profits and AIDS Service Organizations (ASO), fighting with the current administration to at a minimum keep funding at its same levels as the previous organization. Unfortunately, these attempts to reason with the administration have fallen on deaf ears—causing an even bigger push from activists and workers in the field to move the International AIDS Conference out of the United States in 2020.

Despite it all, USCA continues to bring people together from all parts of the country, and the world to have the important conversations needed to finally end the virus—which is still at epidemic levels in various Black and brown communities.

In 2016, the CDC stated that 50% of Black Men who have sex with men (MSM’s) would contract HIV over their lifetime. This number was nearly 25% for Latino MSM’s. The epidemic is also an issue for Black women, who make up nearly 60% of HIV infections for all women.

USCA is also focusing on people who are over 50 Living with HIV and the youth—hoping that one generation will transfer information to the other. Janice Shirley, age 54, a Black scholarship recipient who has been living with HIV for over 12 years, spoke about how important this conference is.

READ MORE: How black women are organizing to energize voters this fall

“This conference allowed me to see past Charlotte, NC. It broadened what I was thinking. The issues we are having in Charlotte with HIV are worldwide issues. To be in the room with other people living with HIV allows me to get some solutions to what is going on with me,” said Shirley. “This is my second year, and it makes it even better for me to be more engaged and focused on HIV and my own health and be more effective in my own community when I get back.”

Many others shared Janice’s sentiment, most importantly how we live as a generation that is growing elderly with HIV, and what people need to be doing since so many are living longer with HIV. The threat against HIV support in this country is real, and people are not taking it lightly.

As we near the potential threat of HIV funding being reduced juxtaposed against the international AIDS conference possibly taking place in the US, pushback is all many have left. For USCA, activism has now taken center stage. It’s been over 30 years since the height of the epidemic, and we have come too far to let that ever be a thing here again.