Tamar says she would love to have children with her new beau. 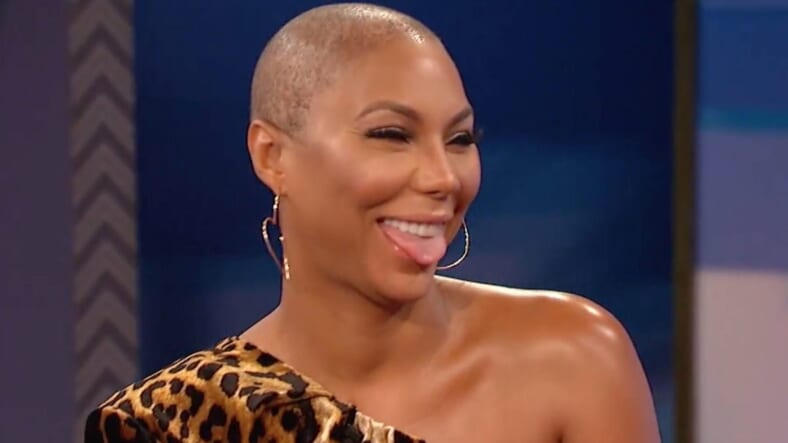 Tamar Braxton has had a rough year but she’s all smiles thanks to her new man.

The singer/reality star dished details on her Nigerian beau during a stint on The Wendy Williams Show on Wednesday and revealed that she’s very much in love with her man of three months.

“I’ll describe him: he’s African, he’s in wealth finance, he’s got dreads and he’s got a really nice body,” she told Wendy Williams.

“I met him at a friend’s birthday party, thank you God, he’s so fine! I can’t take it sometimes. It’s like a whole snack — a Lunchable! He lives in L.A., he’s originally from Nigeria, but he lived here for a while.”

According to Tamar, who split from hubby Vincent Herbert last year, she and her Harvand-educated man are very much in love and thereby be wedding bells in their future.

“Depends on if I’m asked or not,” she quipped before revealing that she would be willing to have more children with her new man.

“Absolutely! I would love to have some wonderful, beautiful African children for the Lord. Yes!”

She also spoke about the explosive season of Braxton Family Values that concluded with an ill-fated session with Iyanla Vanzant.

It sounds like things are looking up for the youngest Braxton sister who is set to costar with Snoop Dogg in a new stage play entitled Redemption of a Dogg. She announced the news on social media.

“So me and uncle @SnoopDogg is going on tour singing, acting, rapping and being who are,” she wrote.