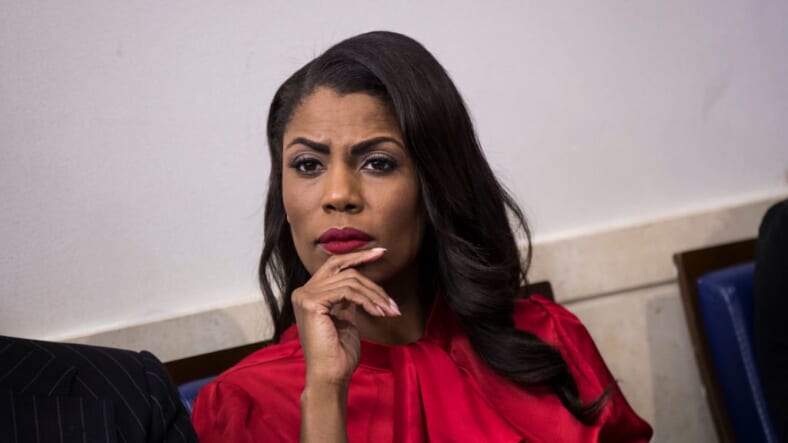 Ousted former White House staffer Omarosa Manigault Newman called journalist Clay Cane the b-word during a contentious Sirius XM interview yesterday. She also called him “ignorant” and “gutter” and it was all caught on camera.

Omarosa was a guest on the Clay Cane Show and though the interview started out nice enough with a handshake and pleasantries exchanged, by the end, the Celebrity Apprentice alum was storming out and dropping the b-word on Clay.

Clay posted a snippet of the exchange on his Twitter account saying “In trying to interview Omarosa, she insulted my hair, called me ignorant, gutter and a bitch. She clearly picked up Trump’s habits.”

In trying to interview Omarosa, she insulted my hair, called me ignorant, gutter and a bitch. She clearly picked up Trump’s habits… pic.twitter.com/nO5T1iklNM

Smile for the Camera

At the beginning of the one-minute clip, Clay is trying to call out Omarosa for being loyal to Donald Trump for so long (she has known Trump for 15 years and served in his administration). But the former reality show star whips out her phone and starts filming Clay as the two talk over one another.

The pastor’s wife was leaving out and still filming when Clay tells her she did not have permission to film him and therefore could not post it. “I’m posting it, bitch,” Omarosa says seconds before making her exit.