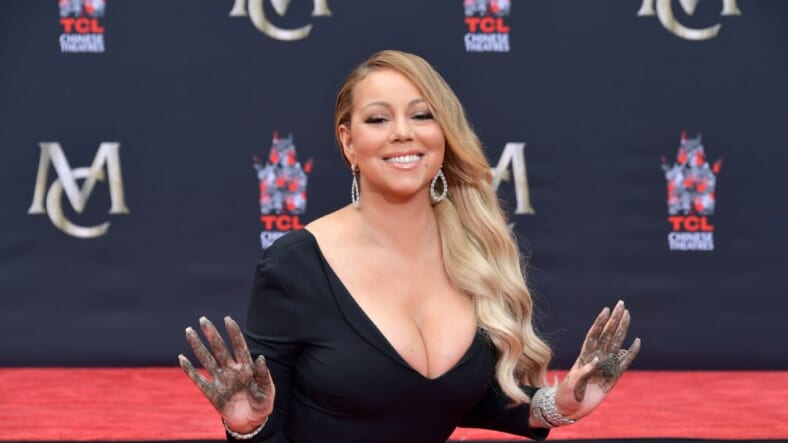 Mariah Carey is back with new music and she’s here to help anyone ready to let go of their summertime boo.

Wednesday, the Grammy-award winner and mother of two dropped the first single off her highly anticipated new album, which is a no holds barred breakup anthem called “GTFO.”

“You take my love for granted / you left me lost and disenchanted / bulldozed my heart as if you planned it,” Carey sings on the song, before repeating “How ’bout you get the f— out?” Mimi croons in its chorus.

Rather than belting out her legendary powerhouse vocals, Carey plays it cool and breathy on the track produced by Nineteen85. The tone of the shady song perfectly embodies her now legendary snub of Jennifer Lopez when she responded to a question about the fellow singer by saying, “I don’t know her.”

“I wanted to give my fans and everyone a first listen that wasn’t so serious,” Carey said in a statement. “I’ve had so much fun making this album, and I wanted the first moment to reflect that light-hearted spirit.”

“I’ve been working on my new album for a while. This is a labor of love and I’m really excited,” the singer said in a recent interview with PEOPLE. “This is me at this moment in my life being able to express myself as a writer and a singer. I’m just really in a good place.”

In the interview, the 48-year old singer went on to say: “My fans just want to hear me express myself and speak from the heart and sing from the heart,” Carey continued. “Some of the record is lighthearted and fun, and some [songs] I really went deep in terms of the lyrical content. There’s a nice cross-section of things.”

“GTFO” is the first taste of new music fans have had from Carey since her last release in 2014. Her upcoming album, which will be Carey’s 15th studio LP, is slated for release later this year.

A second single off the album, called “With You,” is scheduled for an October 5th release.