The couple awarded Mikayla Lowry the scholarship from the Shawn Carter Foundation and the BeyGOOD Initiative during a concert at State Farm Stadium in Phoenix on Sept. 19. 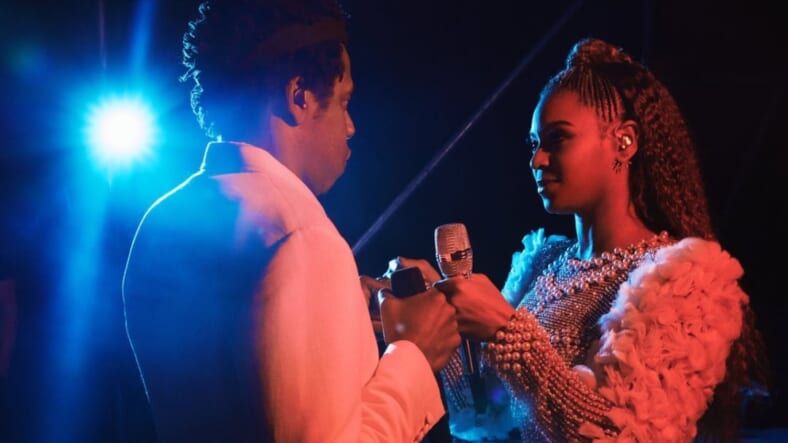 On the Run ll on Aug. 9, 2018 in Minneapolis, Minn. (Photo Credit: Andrew White/Courtesy of Beyoncé.com)

Beyonce and Jay-Z made a huge contribution to help make an Arizona teen’s college dreams a reality.

While in Phoenix for their On the Run II tour, Bey and Jay gifted Mikayla Lowry with a $100,000 scholarship from the Shawn Carter Foundation and the BeyGOOD Initiative at State Farm Stadium on Sept. 19, PEOPLE  reports.

“Phoenix, this is the best part of the night. The On the Run tour will acknowledge an extraordinary individual making a difference in this world,” DJ Khaled announced.

“This person has been a part of the Boys & Girls Club, a true role model with a 3.7 GPA, a future marine biologist,” he said as the camera panned to a very surprised Lowry.

The scholarship was extra special for the Trevor Browne High School senior because she is the first in her family to attend college.

The Carters announced a new scholarship program that will award $1 million in scholarships to “exceptional” high school seniors with financial needs, the couple’s representatives announced Saturday. The scholarships of $100,000 each will go to one qualified student in each of the following cities: Atlanta, Orlando, Miami, Arlington, New Orleans, Houston, Phoenix, Los Angeles, San Diego, Santa Clara and Seattle. Each of the cities is a site where the OTRII tour is appearing.

READ MORE: #BeGone: Melania Trump is bringing her ‘Be Best’ foolishness to Africa

The Boys and Girls Club of America chose the winners.

Lowry is taking dual-enrollment courses at Estrella Mountain Community College in Arizona. She will graduate with her Associate’s degree completed, according to a statement on Beyoncé’s website.

Lowry has ambitions to pursue a degree in marine biology or forensics at Grand Canyon University or Northern Arizona University.

The Boys and Girls Clubs of America is based in Atlanta and has been in existence for 150 years. The organization runs more than 4,300 clubs that serve about 4 million young people and provides mentoring and youth development programs during non-school hours. Clubs are located all over—in cities, towns, public housing and Native American lands as well as on military installations.

The OTRII tour wraps up Oct. 4 in Seattle.