People called for a boycott against Ryanair, a Dublin-based budget airline, after the man hurled racist incidents at an elderly Black woman, who was made to change seats. 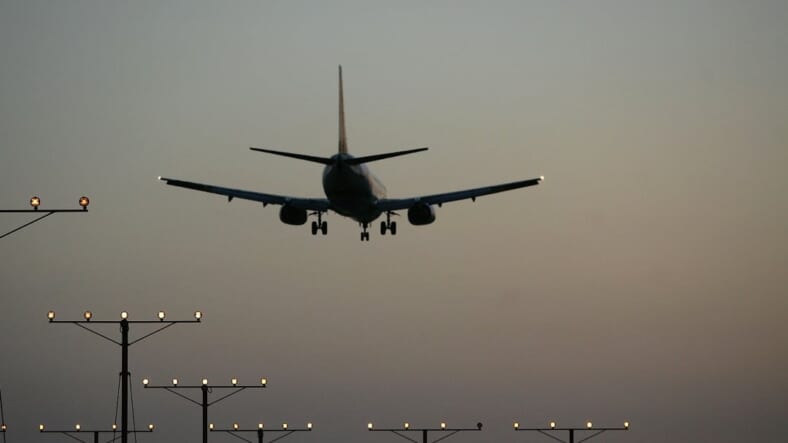 Staff aboard a Ryanair flight from Barcelona to London have come under fire for failing to remove a racist white man who hurled insults at an elderly Black woman and called her an “ugly black bastard.”

David Lawrence, a U.K. resident, told the Huffington Post he filmed the confrontation last Thursday before the departure of Ryanair flight FR9015. The video shows the man yelling and having a meltdown because he doesn’t want to sit next to the woman.

Many people are criticizing Ryanair staff for not kicking the man off the flight. https://t.co/Hd7frFYcOr

“Don’t talk to me in a foreign language, you stupid ugly cow!,” the man is heard telling her in the clip. A woman assumed to be the elderly woman’s daughter attempts to defuse the situation and a male flight attendant offers her a seat somewhere else, which she initially refused.

But when the racist threatened the woman with violence, she eventually asks to be moved to a seat near her daughter, the story notes.

Lawrence posted the video to his Facebook page an hour after the confrontation and it has since been viewed 1 million times. Scores of people are outraged that Ryanair responded to the situation by allowing the woman to move seats instead of kicking the vile man off the flight. Many have declared a boycott against the Dublin-based budget airline.

After the video went viral over the weekend, several members of British Parliament and Scottish Parliament urged Ryanair officials to report the verbally abusive man to the police.

“He should have been removed from the flight and handed over to the police,” MP Karl Turner tweeted. “We assume the aircraft was in the UK. If it was, he definitely committed criminal offenses.”

Ryanair has “reported this to the police in Essex and as this is now a police matter, we cannot comment further,” Robin Kiely, the airline’s head of communications, said in a statement.

According to Lawrence, neither the pilot nor the flight attendants asked the white male passenger to switch seats or leave the flight after harassed the Black woman.

Several Twitter users have noted: “The Trump Effect is global.”

Not even an apology from Ryan Air!

My firm promise: I will never in my life fly @Ryanair

“I spoke to the pilot at the end of the flight,” Lawrence said. “He suggested that we make a formal complaint to Ryanair.”