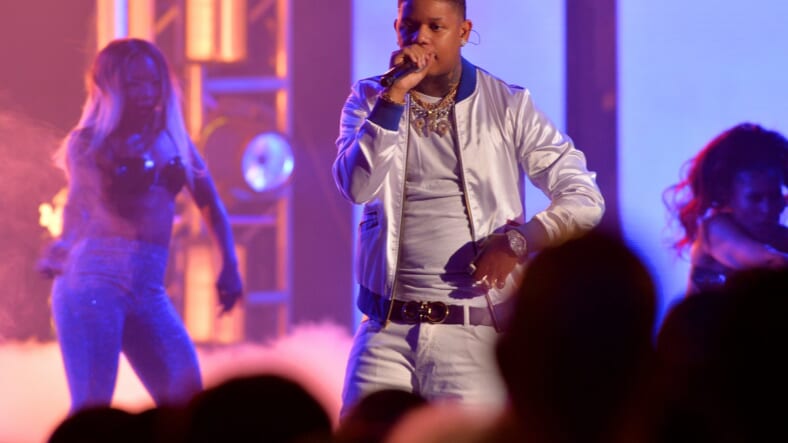 Dallas rapper Yella Beezy is apparently not missing a beat – pun intended – after a gunman fired at his vehicle 12 times last week, hitting him three times, news organizations are reporting.

The 27-year-old rapper, whose real name is Deandre Conway, was released from the hospital Wednesday although he continues to recover from his wounds, his publicist told the Dallas Morning News on Friday.

In spite of the violent setback, Yella Beezy is working to prepare for the Nov. 9 release of his album, the Morning News reported.

Beezy celebrated his birthday last Monday and posted photos on social media of his SUV, wrecked and peppered with bullet marks.

“These (n word) tried to take me out wit everything they had and it didn’t work,” the rapper said via his Instagram account.

The shooting incident happened on Oct. 14 as the rapper drove along a highway bypass in Lewisville, Texas, and a vehicle pulled up next to him and began firing shots, Lewisville police told the Morning News.

Police in Lewisville told the news organization that they don’t yet have a suspect in the shooting and they are waiting to see if the rapper wants police department investigators to pursue charges against the assailant.

The rapper’s 2017 track “That’s On Me” became a huge hit around the country. His shooting moved fans on social media as well as collaborators to send a wave of good wishes and prayers for recovery, and keep each other informed about his condition via social media, WKYS reported.

On Friday, HotNewHipHop.com reported that Yella Beezy is collaborating with T.I., Rich the Kid,  2 Chainz and more for a remix of “That’s On Me.”