And here comes Ted Metz to make this race even more difficult. 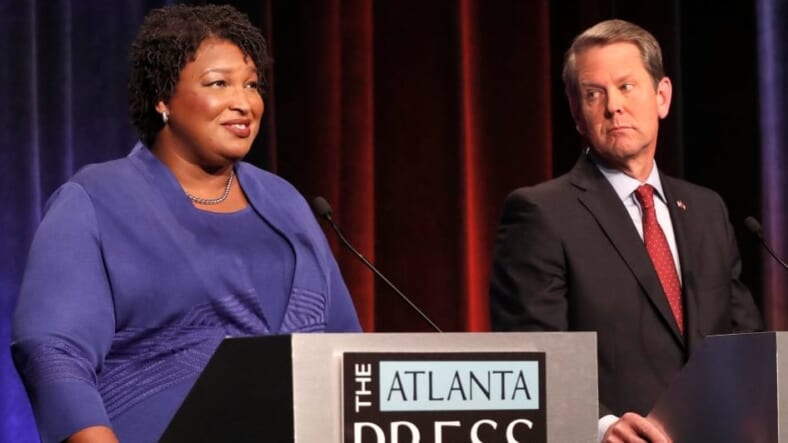 According to a new poll, with the Georgia gubernatorial election only a week away, Democrat Stacey Abrams and Republican Brian Kemp are in a dead heat.

Earlier this week (Sunday and Monday), 623 Georgia voters were polled and with a margin of error of 3.9 percent, what has become a nationally-viewed race is now virtually tied.

The Cook Political Report has even gone so far as to determine the race as a “toss-up.”

The poll also shows that Libertarian Ted Metz may get 2 percent of the vote, along with 2.7 percent of the people surveyed indicating that they are unsure of how they will vote. In a worst case scenario, if neither Abrams nor Kemp get more than 50 percent of the vote in next Tuesday’s election, Georgia voters would return to the polls in December for a tie breaker between the two candidates.

Wednesday, it was announced that media mogul Oprah Winfrey will also be hitting the campaign trail this week for Abrams. On Thursday Winfrey will participate in two town hall events with Abrams – one in Marietta and the other in Decatur.

“Oprah Winfrey has inspired so many of us through the years with her unparalleled ability to form real connections and strengthen the bonds of family and community,” Abrams said in a statement Wednesday.

“I am honored to have Oprah join me for uplifting and honest conversations with voters about the clear choice before us in this election and the boundless potential of Georgians.”

BIG NEWS: @Oprah is on #TeamAbrams—and she's coming to Georgia on Thursday, 11/1, to help us Get Out The Vote!

Meanwhile Kemp has close ties to President Trump, who has endorsed him and will be holding a rally on his behalf the Sunday before the election.