Michael B. Jordan honored Ryan Coogler at the annual event. 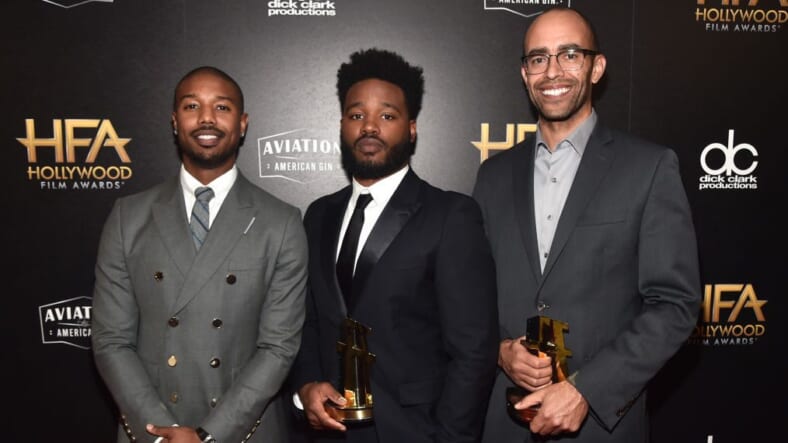 A few of our favorite stars including Amandla Stenberg and John David Washington were honored at the 22nd Annual Hollywood Film Awards in Beverly Hills on Sunday night.

The annual event took place at The Beverly Hilton and was hosted by Crazy Rich Asians star, Awkwafina.

EXCLUSIVE: Amandla Stenberg and Amma Asante on ‘Where Hands Touch’

The night’s highlights included Taraji P. Henson praising the talents of John David Washington who was honored with the “Hollywood Breakout Performance Actor Award.” Denzel’s son has had quite the year with critically-acclaimed performances in Spike Lee‘s BlacKkKlansman and Monsters and Men.

Things got even better when Michael B. Jordan came out to honor his famous friends; Black Panther producer Nate Moore and director Ryan Coogler with the “Hollywood Film Award.”  He took time to share his thoughts on the powerful film he starred in, saying, “for everyone with African roots, it spoke to us on an intensely powerful level.”

Glenn Close for The Wife, presented by Christian Slater

Hugh Jackman for The Front Runner, presented by Anne Hathaway

Amandla Stenberg for The Hate U Give, presented by Janelle Monáe

Matthew Libatique for A Star Is Born

Sandy Powell for The Favourite