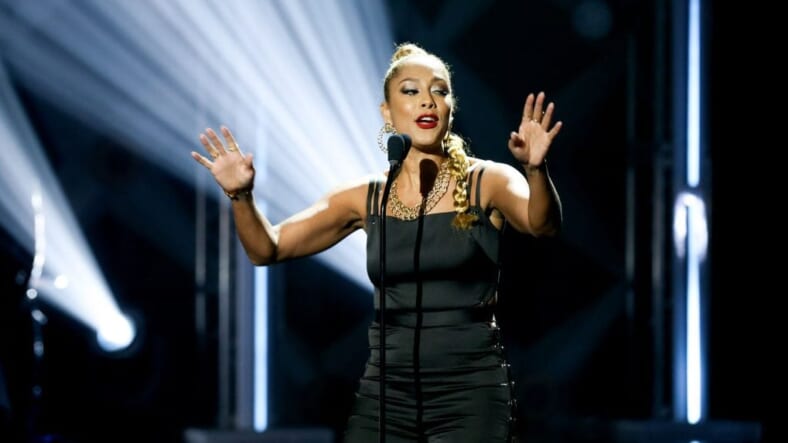 We can’t wait for all the laughs in store from Amanda Seales, who scored her own comedy special on HBO.

The Insecure star will debut her hour-long stand-up special on the network early next year and she already has the title picked out. The special will be called I Be Knowin’ and according to the actress/ comedienne, it has been a long time coming.

“I Be Knowin’ is 37 years of finding the funny, culminating in an hour, and my HBO family being the place where I get to share it, makes this, my first special, even that much more special,” she said.

Aside from her stint as a cast member on Insecure, Amanda Seales also serves up laughs and insight on her weekly podcast, Small Doses and is currently touring with the the live comedy competition show she created, Smart, Funny & Black.

The comic will tape the performance for her stand-up special at the Edison Ballroom in NYC on November 25. It is set to debut on HBO early next year.