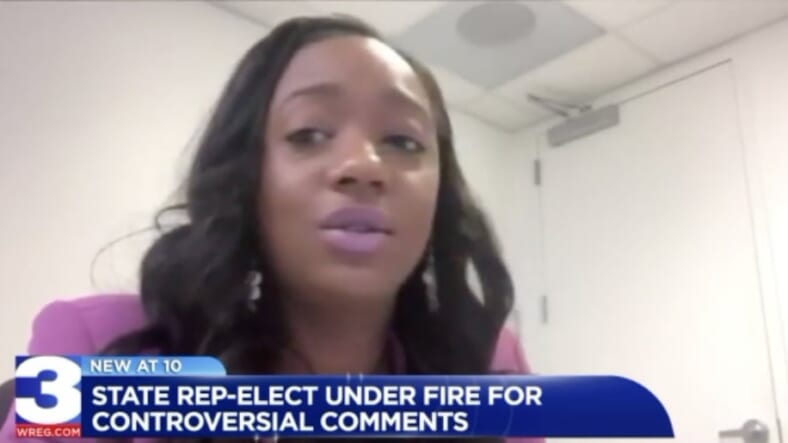 A Tennessee Democrat is under fire for making controversial comments saying that the state is racist and its Republican base is uneducated.

But where is the lie?

Democrat London Lamar, who was newly elected and ran unopposed in House District 91, posted a Facebook video that she has since deleted that upset lawmakers and constituents in the state.

“Tennessee’s racist. Period. Period. Like, Tennessee is racist,” Lamar said in the video.

She also said: “Most of the Tennesseans who voted Republican are uneducated.”

Lamar, who lives in Memphis, continued to tear into Tennesseans: “White men voted Republican over — well over 60 or 70 percent, so obviously that’s a particular base of people who believe in superiority.”

Voters took issue with the comments and hit back at the freshman lawmaker.

“I think that our country, in general, has a long way to go, but you can’t make a blanket statement like that, you know, so I just — I totally disagree with that,” said Rachel Drozinski.

After the fallout, Lamar apologized for her controversial comments.

“We want to make sure we don’t over-generalize groups of people. For that, we sincerely apologize,” she said.

She continued: “What we have seen is that many of the folks who voted Republican based their judgement on racially charged rhetoric that was coming down from the White House,” Lamar said.

When asked if she believed that “Tennessee is racist,” Lamar responded:

“I think Tennessee is very polarized and I think that we need to continue to have conversations about how Tennessee can work on behalf of everybody.”

She doubled down on her point: “I think Tennessee has people who may identify with rhetoric that leans towards that way and I think we are a very racially polarized state.”

Lamar said however in her new role, she will do what’s best for everyone in her district.