Kent State recruits Kalin Bennett, first player with autism to get D1 basketball scholarship ‘I want to use this platform to inspire other kids’ 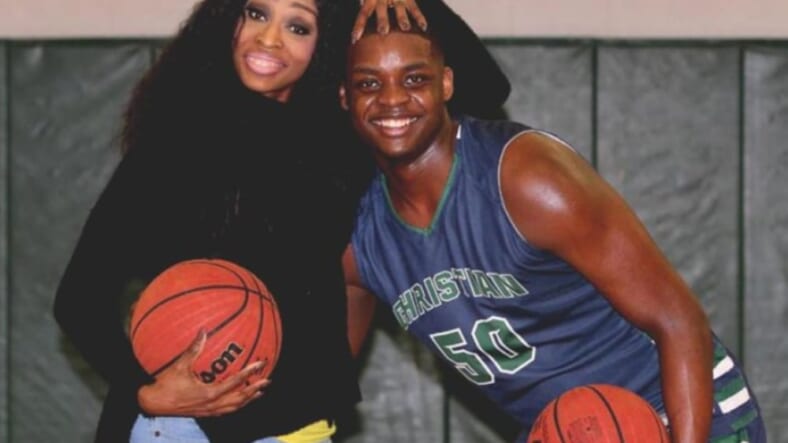 Thanks to Kalin Bennett, Kent State is is poised to make history as the first university in NCAA history to sign a player with autism to compete in a Division I sport.

According to Cleveland.com, the talented recruit from Little Rock, Arkansas, is hoping to inspire kids with autism everywhere to follow their dreams.

“I want to make an impact not just on the court, but with kids that are struggling with the same things I am,’’ Bennett said. “I want to use this platform to inspire other kids with autism and non-autism. I want to let them know, hey, if I can do this, you can do it, too. A lot of times they feel alone and by themselves, and I felt that same way growing up.’’

Once labeled a child who might never speak or walk, the now 6’10”, 300-pound basketball player was recruited by several schools, but reportedly chose Kent State in large part because of the school’s commitment to autism awareness.

“Going there and seeing that (support) opened some doors I haven’t really thought about in a while,’’ Bennett explained, recalling a recruiting visit in September during which he impressed Kent coaches and officials as much as they impressed him.

“He is really a phenomenal human being,’’ said Gina Campana, Kent State’s assistant director of the Autism Initiative for Research, Education and Outreach.

“A light emanates from this young man. We’re going to be lucky to get him at Kent State.’’

It took Bennett until the age of four before he could even take his first steps. Doctors also told his family he would be one of the 25-50 percent of people with autism spectrum disorder who would remain non-verbal throughout his life.

Kalin Bennett became the first student-athlete with autism to sign a national letter of intent to play a team sport at the NCAA Division I level. pic.twitter.com/BKow8mh3Ot

His mother Sonja Bennett, and her former husband Gerald Bennett, spent years trying to get Kalin correctly diagnosed, and eventually discovered he was gifted in both music and math.

“He was in a struggle with a math teacher that wanted him to use a calculator,’’ Sonja Bennett said. “He said, ‘Why do I need to learn a calculator if I know the answer?’

Not only did Bennett work hard to overcome his struggles, he also learned to play five instruments – bass guitar, lead guitar, keyboard, drums and percussion. And when he was set to graduate high school, he asked to have a chat with the therapist who gave him the initial diagnosis.

“Kalin told me, ‘Momma, I want to talk to her,’” Sonja Bennett recalled.

The young man had read his medical file and knew what medical professionals had predicted for him.

“I don’t know if you have ever been around an autistic child, but they are brutally honest. They want to know,’’ Sonja Bennett said. “They are not being defiant. They are not trying to be nasty. But they can have hard questions that they want you to answer. I showed him his (medical) file. I wanted him to read this book of files so he would know how he needs to always keep fighting.”

“So, when he read it, and then met the therapist, he said; ‘Are you the one who said I would never do this and never do that?’ She said, ‘Yes Kalin, I am.’ He said, ‘My question is, I hope you haven’t told anybody else that because you could ruin their lives.’ She sat right there and took it from Kalin. She did.”

“Of course, he has moments where he can’t understand how people can be mean,” continued his mother. “That is an on-going thing. His heart is so big, how people can be so mean bothers him. There’s nothing I can do to take that away. I wish I could because I have the same questions myself.’’