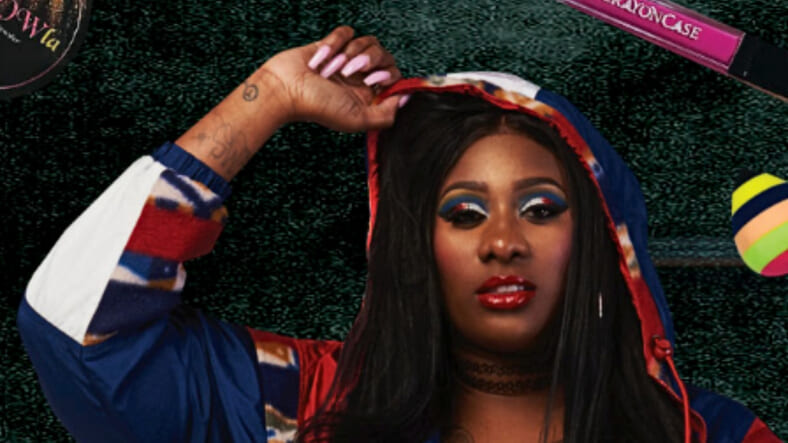 Raynell “Supa Cent” Steward is the CEO/ Founder of the Crayon Case and is killing the makeup supplier game from her headquarters in New Orleans. (Photo courtesy of thecrayoncase.com)

This week, Raynell Steward, better known to her social media fans as SupaCent, just got another reminder of how powerful the internet can be.

Monday, founder and CEO of The Crayon Case Cosmetics, got emotional after discovering she had sold a million dollars worth of beauty products with her Cyber Monday sale in just 90 minutes.

Adding to the excitement of the moment was the fact that the internet savvy New Orleans native had the foresight to film the sales notifications as they flooded her cell phone that morning.

In the same way that we’ve seen other internet celebrities – such as Cardi B – leverage their down-to-earth likability into mainstream success, Steward believes that a large part of her success has come from her simply keeping it real at all times.

“I am just a normal girl from New Orleans who has a public sense of humor. Which got me to where I am today,” she said in a February 2018 interview with RollingOut. “When I started doing videos, they were so raw and unapologetic — people related to it! I didn’t care how people reacted to them! I just was venting, and they felt where I was coming from.”

Although she originally got her first taste of going viral in 2013, on the now-defunct social media platform Vine, over the years her wit and masterful storytelling has caused her fans to follow her to Facebook and ultimately to Instagram.

In 2017, she launched her cosmetic company, “The Crayon Case,” which features a playful line of products in vibrant colors, marketed to resemble a box of crayons.  A look at her comments section reveals that her supporters have watched her digital footprint grow over the years and now feel emotionally attached to seeing her succeed, with many of them citing her as a source of inspiration to follow their own dreams.

Her beauty brand has grown so quickly in less than two years, that this week Steward decided to have her first Cyber Monday sale. The inventory went live at 10a.m and by 10:13 a.m., she says she received over 10,000 orders. And shortly thereafter she posted to her Instagram that she had ultimately grossed $1 million in revenue, in only 90 minutes.

Earlier this summer Steward opened up to NBC affiliate WDSU about what life has been like since she became an entrepreneur.

In true fashion, she tempers that caution with a positive message to stay committed no matter what anyone else thinks about it.

“Don’t hate on yourself,” she advises. “Along your journey, many people are going to tell you what you can’t do and what you shouldn’t do. Don’t be that person to yourself.”