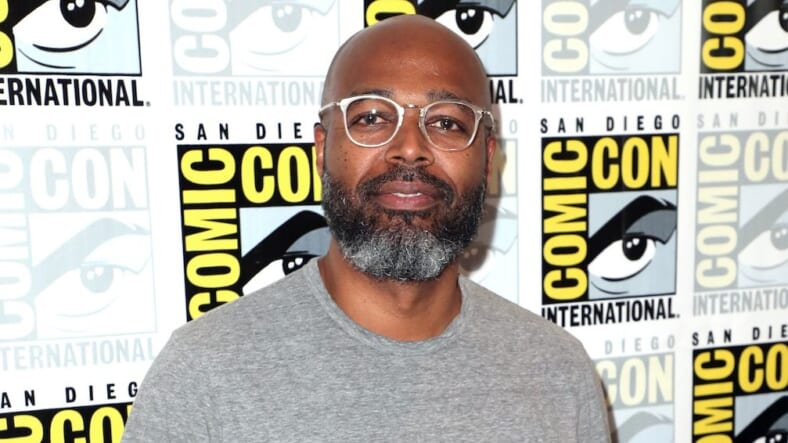 Salim Akil, co-creator of OWN’s hit series, Love Is, has been sued by a woman who claims to have had a 10-year-relationship with the Black Lightning showrunner.

Amber Dixon Brenner filed a lawsuit against Akil earlier this week that accuses him of repeated “non-consensual assault and battery.” The court documents reveal that Brennan contends she and Akil (who has been married to Mara Brock Akil  since 1999) began “a dating relationship, which involved frequent sexual contact” ten years ago and says their relationship did not end until 2017. She claims that Akil demonstrated violent and abusive behavior throughout their union and accuses him of forcing her to perform oral sex among other things.

“In the early summer of 2017, which was the last time defendant Akil and [Brenner] had sexual relations, he backhanded her in the face during sex with a closed hand…These acts were all committed without the consent of [Brenner],” the complaint reads.

“The reasons why [Brenner] did not leave Akil after the very first of these instances occurred are complicated and the subject of significant resulting therapy for [Brenner]. [She] believed she loved Akil.”

The lawsuit also claims breach of contract as Brenner claimed Akil stole the concept for Love Is from a screenplay she wrote years ago. Akil and his wife have asserted that the show is about their own courtship. However, Brennan alleges that Akil took ideas from a screenplay that she wrote called Luv & Perversity in the East Village (LPEV) in 2016, based, in part, off of her tumultuous relationship with Akil.

This isn’t the first time Amber Dixon Brenner has levied accusations of copyright infringement against Akil. According to TheBlast, she filed a preliminary federal lawsuit in October against Oprah Winfrey‘s network, OWN as well as Salim Akil and Mara Brock Akil that accused them of stealing her screenplay and turning it into Love Is.

The website reported that in the lawsuit, Brenner alleges her screenplay is a fictional story “about loving a person who is detrimental to her own life and takes the readers on a journey that explores love in the context of such an abusive relationship.”

The screenplay’s main character is reportedly very similar to the main character in Love Is, and is described as “a young, attractive, black entertainment professional who falls in love with a dominant and aggressive male who turns her life upside down.”

TheGrio reached out to representatives for Akil about that lawsuit and received no response.

Now, Warner Bros. is reportedly opening an investigation in an effort to ensure the safety of it cast and crew, but Black Lightning remains in production and Salim Akil has not been suspended.

You can read the explosive court documents here.