Authorities catch 3, including a UPS worker, in Florida based porch piracy scheme

Porch piracy has become increasingly common and affects as many as 20 percent of online shoppers in the U.S. 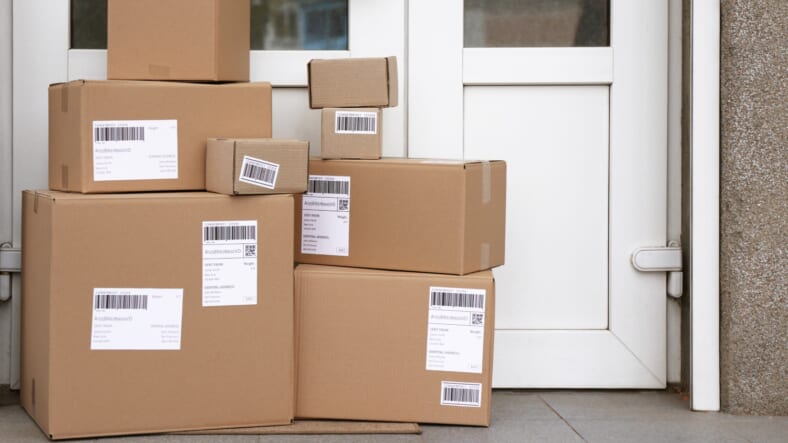 Time is up for three people caught running a porch piracy scam in Florida that included a UPS worker, authorities say.

The scam was executed when Okoye Manley, a seasonal worker for UPS, would deliver packages and then text the addresses of deliveries to conspirators Tanjinika Wright and Dekeria Wright and let them know if anybody was home.

The Wrights would then follow behind the UPS truck and take the packages from the porches of unoccupied homes.

On this past Thursday, Manley, 28, was captured on surveillance video delivering a package to a home. About eight minutes later, Tanjinika Wright, 31, got out of a car and stole a package with Dekeria Wright, 26, acting as the getaway driver.

The trio were eventually caught and are currently being held in jail facing multiple felony charges, including burglary of an occupied structure.

Porch piracy- the name the police use for this type of robbery- is nothing new according to a recent report by Ring home security. As many as 20 percent of online shoppers in the U.S. are victimized by criminals who steal packages left in front of their homes by delivery personnel.

READ MORE: NYPD officers won’t be punished for its controversial ripping of a baby out of mother’s arms

Now, authorities coast to coast are trying to combat the problem. In fact, the police in Jersey City, New Jersey are teaming up with Amazon to catch porch pirates this holiday season.

This week the police department launched a sting operation incorporating Ring video doorbells and GPS trackers inside the decoy Amazon boxes, according to the tech site Digital Trends. When the package moves, the tracker then alerts police who can decide what to do next. Footage from Ring video doorbells provide any extra evidence if arrests are made.

The Jersey City porch piracy sting is apparently working. Five arrests were reportedly made on the first day; the first one happened within just a few minutes of the sting’s launch.