Locked up for nearly 14 years, this activist is fighting for criminal reform justice through the FIRST STEP Act

Thousands of federal prisoners could be free if Congress passes the bill. 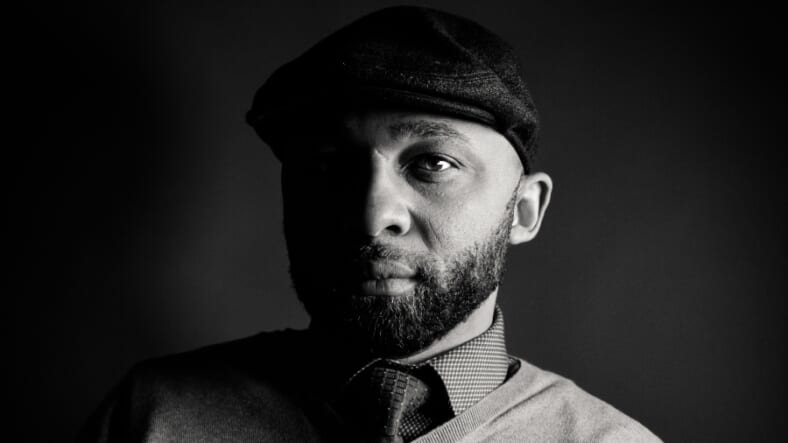 Louis L. Reed is an activist fighting for a criminal justice reform bill to get thousands of incarcerated people released from federal prison. (Photo: KDJ Perspective)

Louis L. Reed has never forgotten his federal prison number and like a tattoo, it’s a permanent reminder of his survival and eventual redemption.

The man who was once arrested for fraud, embezzlement and a related shooting incident, used his intelligence and compassion to figure out a way to help others.

“We are not our lowest moments, our worst mistakes or our biggest regrets,”Reed tells theGrio.”We are human. We grow. We change. And we deserve the dexterity in order to be able to recalibrate and function.”

Reid served approximately 14 years in prison, and today is on a mission to free thousands of others who want a second chance to prove that they too are capable of success.

“we bear the burden of the weight of the criminal justice system.”

Reed is the national organizer for Cut50, an initiative started by CNN’s Van Jones, aimed at supporting the FIRST STEP Act—a bipartisan criminal justice reform bill which is getting national attention for it’s rare coalition of supporters.

“It’s not often that you get Reverend Al Sharpton and Donald Trump standing on the same side of an issue,” says Reed.

The long-debated bill is a package of reforms for federal prisons, which includes:

If it goes into effect, it’s estimated that 3,000-7,000 people would be eligible for immediate or earlier release from prison.

Reforms That Hit Close To Home

When he was behind bars,Reed earned his bachelors and masters degree in clinical counseling and is now a licensed clinician.

“Number one this bill is going to be able to unlock education access to people who are currently waitlisted in the Federal Bureau of Prisons for basic literacy testing or vocational training,“ said Reed.

“The majority of those people are Black and brown folks who went into prison because they exercised a criminal genius of the sort,” Reed says. “We bear the burden of the weight of the criminal justice system.”

Reed also believes the provision to move prisoners closer to home is important. Both of Reed’s parents served time in federal prison when he was just a child.

Don't let anyone tell you otherwise: This is a movement written, built, & led by the people most impacted by our justice system.

The #FirstStepAct is OURS. And we all must step into our power *NOW* to GET THIS DONE ✍?

So Much At Stake

The FIRST STEP Act is expected to be debated today in the Senate and voted on sometime this week.

The bill has drawn critics from both sides of the political aisle, including two outspoken Republican leaders, Sen. Tom Cotton and Sen. John Kennedy, who have characterized the bill as nothing more than a jailbreak—one that will be politically costly if prisoners sent free commit more crimes.

Reed, who says he was arrested again after leaving prison over unpaid child support, warns against oversimplifying what rehabilitation really looks like.

“Reentry in and of itself is not a linear process,” Reed tells theGrio.

Many social justice advocates are wary of the bill’s exclusion of prisoners who committed violent crimes (which they argue deserve the most support for rehabilitation), and also rightfully point out that it’s impact would be very small. Federal prisons only account for 183,000 prisoners compared to the 2.5 million people imprisoned in local prisons nationwide.

Nevertheless, with the support of President Donald Trump, pressed by his son-in-law and advisor, Jared Kushner (who’s own father once served federal prison time), it’s estimated that there are enough Republican and Democratic votes to help it pass.

Reed sees this rare moment of colliding interests as a bipartisan effort to change lives.

“I don’t agree with Donald Trump on all issues,” Reed tells theGrio, recalling that Dr. Martin Luther King Jr. worked on the civil rights act with then President Lyndon Johnson who was openly bigoted.

“I don’t agree with a lot of people on a lot of issues. However that doesn’t necessarily mean that that should preclude me from crossing the aisle and working with people where we do agree.

More than a “second chance,”Reed sees FIRST STEP Act as an opportunity to right some systemic wrongs which have deeply impacted Black people— including himself.

From Meek Mill to Alice Marie Johnson, there's fresh support for reforming our broken criminal justice system.And have you heard about The First Step Act? It could free 4,000 people RIGHT NOW if the Senate brings it to a vote!?: Natasha S. Alford