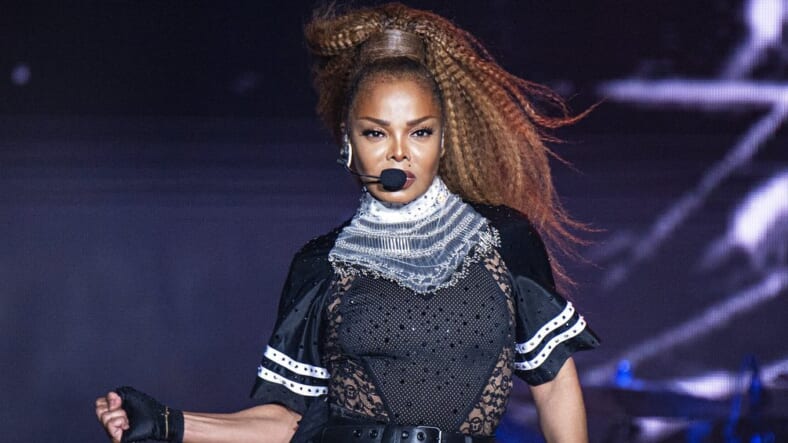 In this July 8, 2018 file photo, Janet Jackson performs at the 2018 Essence Festival in New Orleans. (Photo by Amy Harris/Invision/AP)

Janet Jackson’s “State of the World” tour raked in more than $33 million last year, but, according to a new lawsuit, that tour’s manager alleges that he has not been paid.

According to TMZ, Danny O’Donovan says that Janet and her brother, Randy Jackson, agreed to pay him $25,000 per month during the tour, which lasted nearly a year and a half. O’Donovan says he was hired in July 2016.

O’Donovan alleges that he was paid for the first five months of the tour before the payments stopped. The former manager says he worked another year on the tour without getting paid.

The suit comes a month after it was announced that Janet would receive her long-overdue induction into the Rock n Roll Hall of Fame.

Jackson’s induction came in her third attempt as a nominee. She first became eligible in 2007 and it has been speculated that her long wait came due to the fallout after the infamous 2004 Super Bowl Halftime Show incident where her bare breast was briefly exposed by Justin Timberlake.

Former CBS president Les Moonves was so incensed by the incident – which he insisted was intentionally planned by Jackson – that he attempted to have her blackballed from the industry and banned from anything associated with CBS.

Moonves who left CBS in September after multiple women accused him of sexual harassment or assault was dealt another blow this week. He will not receive a $120 million severance package after an investigation into the misconduct allegations. Leading many on social to revel in the redemption of Jackson, reports the Huffington Post.

Earlier this year, Questlove said her exclusion had been “highly criminal.” He cited the influence of her 1986 album “Control,” which he said set off the New Jack Swing trend.