We can't wait to see what this man serves up next. 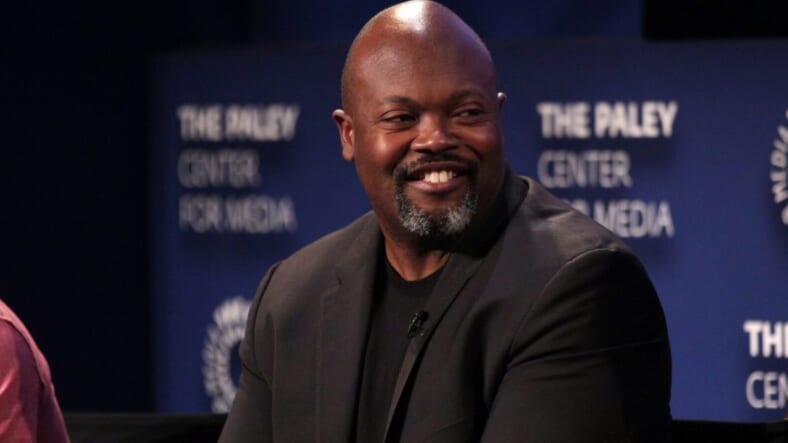 Luke Cage fans are still sad that Netflix pulled the plug on the Marvel series after two seasons but it looks like its showrunner, Cheo Coker, is on to bigger and better things.

Coker recently inked an overall TV development deal with Amazon Studios, making it clear they’re ready to give Netflix a run for their money.

“Amazon is the future, and their bespoke, specific approach to building groundbreaking shows offers an amazing opportunity, one that I’m incredibly thankful for,” Coker said in a statement. “I am excited for people to see what we have in store.”
Coker spent the early part of his career as a music journalist for publications like Los Angeles Times, Rolling Stone, Vibe, and Essence before his transition to content creation. He has written for numerous television series including Ray Donovan, Southland, and NCIS: Los Angeles. He has also tackled the film world by writing for 2009’s Notorious and most recently, he penned the story for Creed II.

Marvel’s Luke Cage axed by Netflix ahead of third season

EXCLUSIVE: Cheo Coker on how Hollywood will change after ‘Black Panther’

During an exclusive interview with TheGrio, Cheo Hodari Coker explained how his Blacknes informs everything he creates.

“Blackness is a part of me period. It goes into everything that I do as a writer, as a producer,” said Coker. “We have to be excellent to even get this far, so what it’s about is showing the complexities of our people but doing so in a way that people who come from outside of our culture can have an understanding of what it is.”

Coker says his connection to his culture is home-grown, taking lessons imparted by the elders in his family.

“My grandfather was a Tuskegee Airman. He was a combat pilot. One thing he would say is that they knew they were making history because they were the first African -Americans to fly combat. Still, to this day, he’s one of 105 black men to have an aerial kill. But he also said that physics have no color. Of course, you’re making history up there, but don’t forget to fly the plane!”