Who is Alex Fine? Diddy seems salty about Cassie getting cozy with new man in Instagram post

He and Cassie Ventura, 32, announced they’d split up in October and in November, Diddy’s other ex-girlfriend, Kim Porter, passed away. 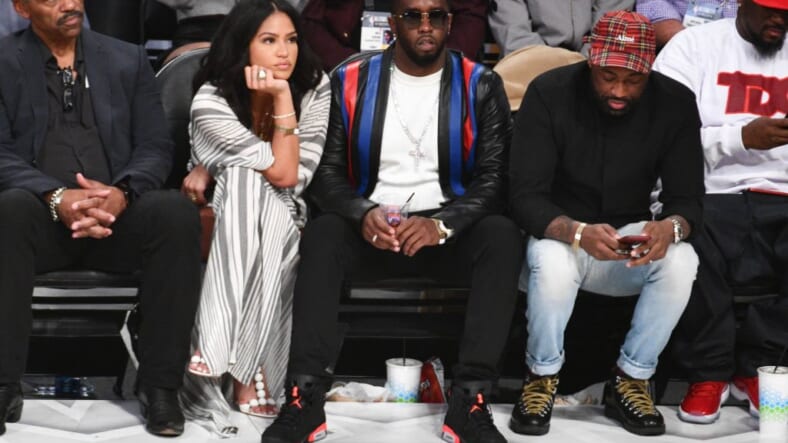 In October, he and girlfriend of 11 years Cassie Ventura, 32, announced they’d split up and in November, Diddy’s other ex-girlfriend, Kim Porter, passed away.

Now, Cassie has posted a picture on Instagram of her kissing a new man, and LoveBScott identifies him as one of Diddy’s personal trainers, Alex Fine.

I love you Mommy

Adding to the potential wound is that Cassie’s post came a few hours after Diddy posted a photo on Instagram of Cassie in a bubble bath, smiling brightly, with a giant red heart superimposed over the image. Diddy’s post appears to have been removed from his @diddy account on Instagram.

Not much is known about Fine, but TMZ reports he’s a younger man who is a fitness and health guru.

To add to the confusion, Diddy was seen out with Cassie in public in Los Angeles a day after Porter’s death, fueling rumors that the two exes might be headed toward a reunion.

Porter and Diddy dated on and off for decades and had three children together: twin daughters Jessie James and D’Lila, 11, and son Christian Combs, 20. Porter, a 27-year-old model and actress, was found dead at her home in Toluca Lake, Calif., and a source told US Weekly that Diddy has been inconsolable since Porter passed away.

Diddy and Porter had a “deep respect” for one another that “trumped any issue they had,” the source told Us.

“They were on very good terms in recent years,” the source told the news organization. “She was a ‘ride or die’ and very loyal to Diddy … Kim’s passing has turned his life upside-down.”

In November, Diddy posted a heartfelt tribute to Porter on Instagram of video of the two of them together with music from SWV’s “When U Cry” playing in the background.

“For the last three days, I’ve been trying to wake up out of this nightmare,” Diddy posted. “But I haven’t,” he continued. “I don’t know what I’m going to do without you baby. I miss you so much.