Months after a blowup involving Katt Williams and co-host Frank Ski, the radio personality was shown the door 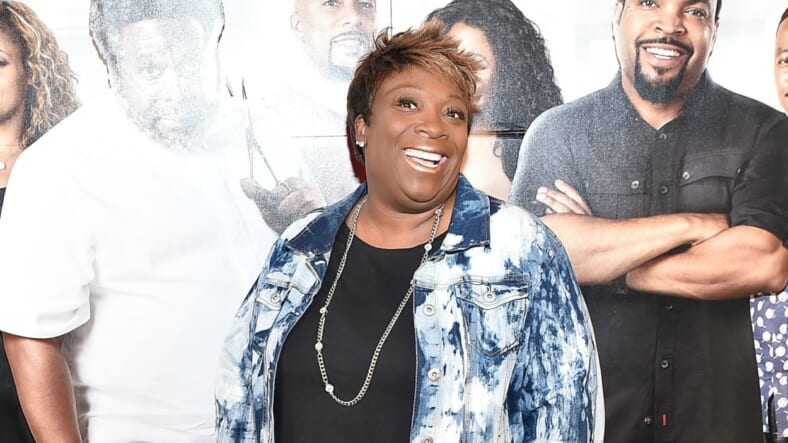 There’s a shake-up over at Atlanta’s V-103 radio station and no, Katt Williams hasn’t returned to roast anyone or ruffle any feathers.

However, the co-host Wanda Smith, who the comedian went head-to-head with on air a few months back, has been fired from the station, the Atlanta Journal-Constitution reports.

Smith was axed along with Miss Sophia, a drag queen who served up juicy gossip as the station’s entertainment reporter.

Smith and Sophia were two staples on the Frank Ski morning show and Smith in fact has been around working at the station as an on-air personality for more than two decades, the outlet reports.

There’s no word on why Smith got canned so quickly. But if last year is any indication, Smith landed herself in trouble when she went toe-to-toe with Williams and got roasted on air. Then after that incident, she sounded off on her co-host Ski and the station for airing the embarrassing dust-up.

And if that wasn’t enough, Smith’s husband, LaMorris Sellers took up for his wife and had a confrontation with Williams outside the Atlanta Comedy Theater in Norcross, Ga., and reportedly pulled a gun and video surveillance showed him chasing Williams around a parking lot

Sellers disputed that claim and said while he was packing a weapon, it happened to drop out and Williams saw it.

Sellers told the AJC that Williams told Smith, “I told you (expletive) with me would make you go viral!” when he saw her outside the comedy club.

Sellers said that’s when he said something to Williams: “Bro, you need to find something else to do.”

Sellers said Williams “turned it up 50 notches” and yelled back.

If that wasn’t enough, Sellers reportedly also confronted Ski, who said on air he was offended because it was something work-related that Sellers should not have gotten involved in.

According to the Journal-Constitution, Ski, 54, will be paired with a younger co-host soon.