Community baffled at the arrest of two Black men for the murder of young Houston girl. 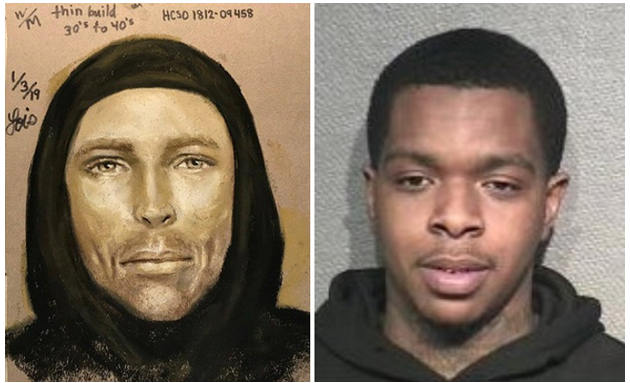 Eric Black Jr., who was arrested late Saturday night in connection with the shooting of 7-year-old Jazmine Barnes, has been charged with capital murder.

According to Houston ABC affiliate KTRK, the 20-year-old Black confessed to playing a role in the Dec. 30 shooting, on Saturday night after a tip lead Harris County investigators to his arrest. Black was taken into custody in East Harris County without incident.

READ MORE: 5 Things to know about the fatal shooting of 7-year-old Jazmine Barnes by white man in pickup truck

A second man, 24-year old Larry Woodruffe, has been arrested as a second suspect in the case. According to KTRK, sources say Woodruffe is believed to be the shooter.

“I am grateful to our dedicated investigators, the partner law enforcement agencies that provided vital assistance, and tipsters from across the nation who pulled together to support our work to get justice for Jazmine,” Harris County Sheriff Ed Gonzalez said. “Our work is not finished, but I believe the people of Harris County can take comfort in knowing we have made great progress.”

All evidence gathered so far in the Jazmine Barnes Homicide case supports investigators’ strong belief that she and her family were innocent victims. #JusticeforJazmine #hounews

The arrests come a week after the killing gripped the nation and led to protests throughout Houston. Jazmine’s mother, LaPorsha Washington, was injured during the shooting. Houston Texans wide receiver DeAndre Hopkins pledged to donate his $29,000 paycheck from Saturday’s playoff game against the Indianapolis Colts to help pay for Jazmine’s funeral.

Washington, along with multiple witnesses at the scene, described the shooter as a hooded white man in a red pickup truck. The description of a white man viciously gunning down a black child set off a firestorm.

Shaun King had offered a $100,000 reward for information leading to the gunman’s arrest. Rallies took place around Houston demanding justice for Barnes and questioned why more had not been done to catch the assailant.

Harris County officials put out a composite sketch of a white male in his 30s. Lee Merritt, the attorney for Jazmine’s family, admitted in a tweet on Saturday night that the suspects – both of whom are Black and in their 20s – did not match the description and later suggested that perhaps the white man that Washington described was an innocent bystander.

Obviously, the men arrested don’t fit the description of multiple witnesses or the sketch. Initially, this fact made it difficult to accept the tip that resulted in these arrests. However, if the confession obtained is reliable, There is likely an explanation for the confusion. pic.twitter.com/8vv1pUqfd0

There was no word on any charges against Woodruffe at this time.