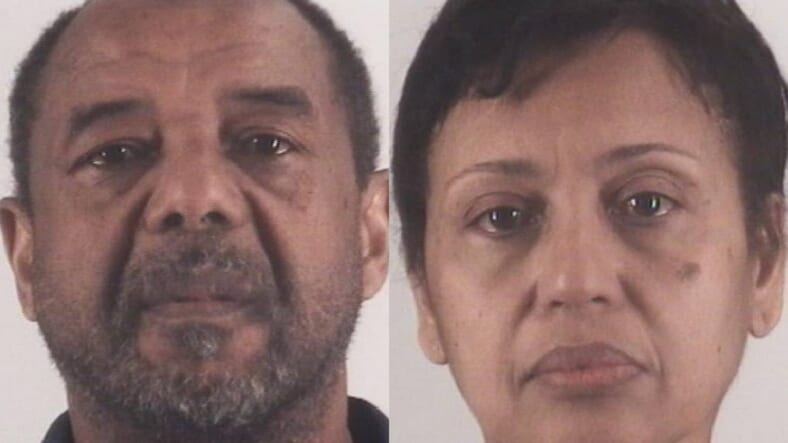 A young African woman is finally getting to tell her story after a wealthy Dallas couple was arrested on suspicion of keeping her as a slave for 16 years.

According to the Star-Telegram, Tuesday, on the third day of the trial for Mohamed Toure and his wife, Denise Cros-Toure, the woman – identified only as Jenna -explained to a jury of eight women and four men that she was called a “dog,” “slave,” “worthless” and an “idiot.”

Jenna was a child when she arrived to the U.S. and was only able to flee the Toure home in 2016 with the help of a former neighbor.

READ MORE: Damon Dash says Aaliyah never spoke about R. Kelly relationship: “It was so much hurt for her”

After her escape, the Toures, both 57-years-old, were arrested last April and then placed on house arrest after their release from custody several days later.

The criminal complaint states that Jenna grew up in a mud hut in a village in Guinea before going to work for Cros-Toure’s parents in a city. Then in January 2000, she was placed on a flight and sent to the United States.

She did not speak English and although her passport and visa said she was 5 years old at the time, other documents indicate she could have been as old as 13. According to court documents her most vivid memory of the journey was “a kind flight attendant who gave her cookies and a toy.”

She also told authorities that she was soon put to work, and after the five Toure children went to school she began “cleaning, making the beds, vacuuming, cooking and gardening.” Jenna says she was made to work all day until the Toure’s children were in bed. But defense attorneys for the Toures argued the girl was treated like a member of the family, not a servant.

Was Djena Diallo 'slave' or 'family' in Mohamed Toure & Denise Florence Cros-Toure's home?@KevinRKrause reports on the wealthy Southlake couple's federal trial on charges, among others, of forced labor and harboring an alien for financial gain.https://t.co/VjHvdafAXx

There was no record of the girl attending school and she wasn’t allowed to take part in the same activities as the Toure children — learning to ride a bike, use a computer, swim, drive — or even care for her hair.

She allegedly slept on the floor in one of the children’s bedrooms for years and had only allowed to wear hand-me-downs. Neighbors confirmed they occasionally saw her walking the children to school, as well as painting the home and mowing the lawn, but thought she was a paid nanny.

“She used an electrical cord on me when she realized a belt wasn’t hurting me enough,” Jenna testified Tuesday morning, speaking of the abuse she suffered at the hands of Cros-Toure.

Under cross-examination by defense attorney Rebekah Perlstein, Jenna admitted she never reached out to anyone on social media to ask for help and was allowed to leave the home to run errands and join the family on their vacations.

“You could have left at anytime when they were away from the home?” Perlstein asked Jenna.

Then defense attorney David Finn applied even more pressure by inquiring if the young women knew her father in Guinea had attempted to marry off and sell his daughter.

“Did you know your father tried to marry you off in Guinea?” Finn asked.

In September, Jenna’s alleged captors were indicted on federal charges of forced labor, alien harboring for financial gain, and conspiracies to commit forced labor and alien harboring. If convicted, the couple faces a maximum of 20 years in federal prison.

According to the complaint, Mohamed Toure is the son of Guinea’s first president, Ahmed Sekou Toure.

Jenna’s mother traveled from Guinea to Texas for the trial, and through an interpreter testified Monday afternoon that she wanted her daughter back.