The model and her new boyfriend apparently got into a scrape while in Hawaii, but police say booze may have fueled it 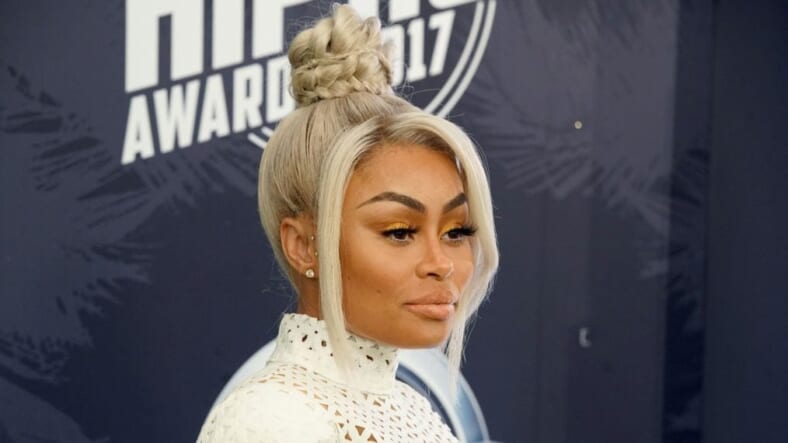 Looks like Blac Chyna and her new boo Kid Buu hit a rough patch in their relationship.

According to TMZ, cops were called to the Ritz-Carlton Residences in Honolulu, Hawaii, because a fight reportedly broke out between the two love birds while vacationing on Monday.

But it seems Buu, 30, and Chyna might have been drunk when they were duking it out. A source told PEOPLE they “were both intoxicated.”

“Someone from their group called 911. Hotel security escorted police officers and paramedics to a suite, where Blac Chyna was with a group of people,” the source says.

“It was more of a ‘he said, she said’ situation. They both had complaints to the police, but in the end no one was arrested or taken to the hospital,” the source shared.

“Again, this is not a typical incident at the hotel,” says the source. “In fact, this behavior is 100% unacceptable.”

According to the Honolulu Police Department an investigation is underway.

“Shortly before 9 a.m. today, a female visitor staying in Waikiki reported being assaulted by a male acquaintance. The victim reported that she and the suspect had been involved in an argument several hours earlier, and the argument had escalated to a physical confrontation,” a media liaison officer said in a statement to PEOPLE. “The male left the area after the confrontation and has not been located.”

“This incident has been classified as abuse of a household member,” the statement continued. “The investigation is continuing, and no further information is being released at this time.”

The Ritz-Carlton Residences’ director of public relations said in a statement to PEOPLE, “As a matter of privacy, we are unable to comment.”

READ MORE: Kamala Harris on AG record and criminal justice system: ‘It is applied unequally based on race and based on income’

Before the beef, things seemed all sweet.

Kid Buu, a music artist was busy posting videos of Chyna twerking on him at the hotel pool, which has since been deleted.

Chyna also posted a video saying “aloha” to everyone and said she was “sending good vibes”.

“Aloha everybody! I’m sending positive vibes and love to everybody and I’m hoping that everybody’s having a great year. And if you’re not, guess what? You’re gonna have a great year and don’t let nobody bring you down,” Chyna said.

“Stay positive. Breathe in, breathe out, meditation is key,” she continued, and signed off with an air kiss, “And um, you’re beautiful.”

Chyna is reportedly in a custody battle with her ex Rob Kardashian over their 2-year-old daughter Dream.

Chyna was in Hawaii, but TMZ reported she was supposed to be present in LA when Kardashian dropped off their daughter.

“Chyna planned on having Dream stay with a nanny in L.A. while she was in Hawaii. Rob is mad because if either parent is out of town, the other parent is supposed to have the option to keep Dream longer,” an insider told PEOPLE of Kardashian, 31.

“Rob doesn’t want Dream to stay alone with a nanny while Chyna parties in Hawaii. This is what he is mad about,” said the insider. “She needs to tell him when she won’t be in L.A. so Rob can keep Dream longer. Rob is getting his lawyer involved.”

“This situation’s not in Dream’s best interest,” the source concluded.