Kellyanne Conway: Cory Booker is sexist for running for president

Once again, the White House advisor's haphazard opinion on current events was met with ridicule 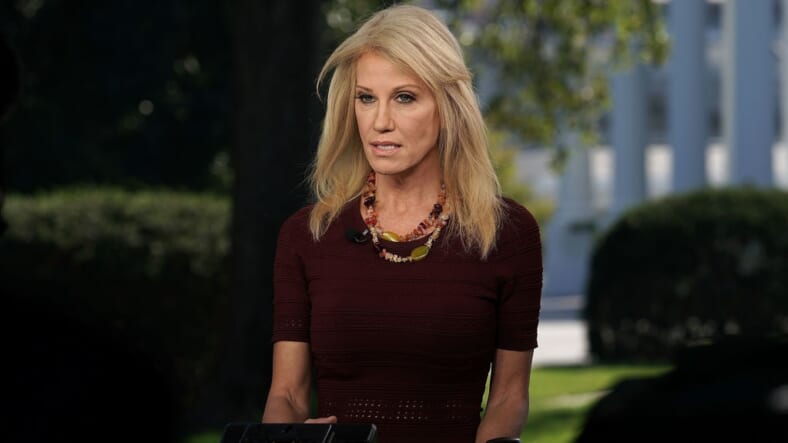 White House adviser Kellyanne Conway is taking U.S. Sen. Cory Booker, the Democrat from Newark, to task for announcing Friday that he is seeking the Democratic nomination in the presidential race.

Conway told Fox News that Booker, the former mayor of Newark, was sexist for adding his name to the list of Democrats seeking to make a White House bid.

“What’s wrong with the candidates that are already in there?” Conway asked the news organization in response to a question regarding what she would say to Booker if given the opportunity.

“What’s your objection to Kamala Harris running, Elizabeth Warren, Kirsten Gillibrand, these others who have already announced – Tulsi Gabbard maybe?”

TheGrio reached out to Booker and to his press secretary, Kristin Lynch, for reaction via Twitter on Saturday but did not immediately receive a response.

Conway’s own boss, President Donald Trump, has been criticized for viewing and treating women as objects, including in a recorded 2005 incident in which he boasted about being able to grab women by their private parts because he is wealthy and well-known.

READ MORE: California Sen. Kamala Harris announces she will seek the presidency in 2020

In the Fox interview, Conway said that if given the chance, she would ask him what makes him think he is qualified to replace Trump.

“I’d also ask him, what exactly have you accomplished that qualifies you to be the commander in chief and president of the United States?” she told the news organization.

Booker announced Friday, the first day of Black History Month, that he would run for president. In a video, Booker said, “I believe that we can build a country where no one is forgotten, no one is left behind … where we see the faces of our leaders on television and feel pride, not shame.”