Candice Payne, who paid for a group of homeless people to have a warm place to stay during a blistering cold snap last week, explains her act of kindness 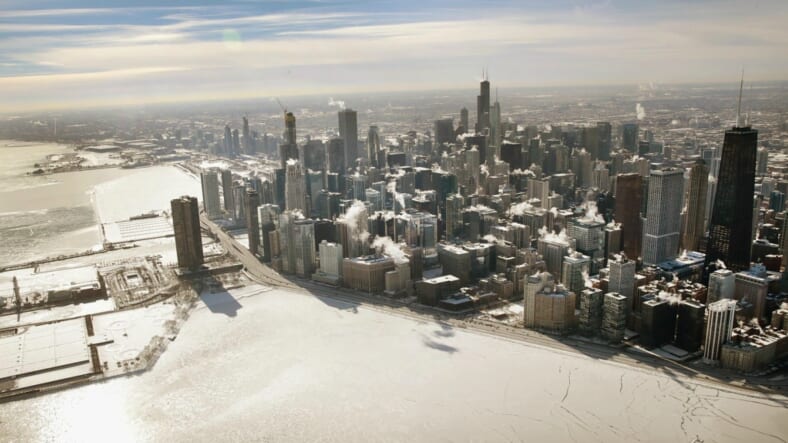 Candice Payne feared that a group of homeless people would not be able to bear Chicago’s brutal sub-zero weather last week. So, she whipped out her credit card and booked 20 hotel rooms last Tuesday to house the homeless, a pretty charitable thing to do as temperatures plummeted to -23F.

Payne was simply a concerned citizen who was afraid the city wouldn’t have enough resources on hand to help a vulnerable population of people who were in desperate need of a warm place to stay during Chicago’s cold snap.

So, she charged 20 rooms to her credit card at $70 each at the Amber Inn, and also warmed the hearts of many others who decided to help the good samaritan raise $8,000 through GoFundMe to ultimately shelter more than 100 people, The Daily Mail reports.

“Maybe they didn’t know how to or where to start to help, so I’m glad that I was able to be that vehicle,” she told CBS News.

Two men who befitted from Payne’s charitable act, Jermaine and Robert, said Payne was their “angel.”

“We don’t get that type of help. I really needed them at that point, so they came right in time,” Jermaine said.

Robert added: “We hear about that on the news and other places but I seen it up close and personal today, and I really want to thank y’all for looking out for our people.”

Chicago was experiencing a record-breaking cold snap that rivaled arctic temperatures. During the freeze, group of homeless people were camped out in a tent city heated with propane tanks to keep them warm, reports The Chicago Tribune.

A Salvation Army spokeswoman Jacqueline Rachev told the Tribune that one of the propane tanks the group was using exploded. The Chicago Fire Department then confiscated all the other propane tanks because they posed a hazard.

“We responded to a fire,’’ department Chief Walter Schroeder said. “When we got there, the fire was extinguished and they found all these propane cylinders. That’s when we escalated it to a Level I Hazmat.’’

“There was a significant amount of propane there, and with that many cylinders, that’s like a bomb going off,’’ he added.

As Rachev prepared to move the homeless population to a makeshift warming center at the downtown Chicago Salvation Army, she was informed that a charitable donor was picking up the tab to place the homeless group in hotel rooms.

“All the folks there, some wonderful citizen is going to put all of them up at a hotel for the rest of the week,” she said.