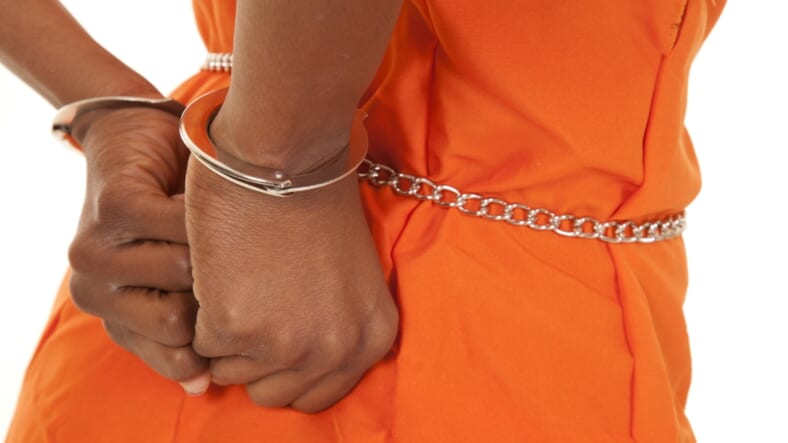 This week kicked off the start of the annual MAKERS Conference which brings together the biggest names from across all industries to accelerate the Women’s movement – including those who have rewritten laws, reshaped workplaces, and redefined what’s possible.

As part of the this year’s event, taking place from February 6-8 at the Monarch Beach Resort in Dana Point, California, activist Sharon White-Harrigan will take the stage to share her incredible story; which spans from her going to prison for 11 years for defending herself against her attempted rapist to receiving a Master’s degree after her release and becoming the Program Director for the Women’s Prison Association’s Hopper Home, a transitional shelter for women.

With cases like those of Cyntoia Brown and Alice Johnson making headlines and bringing the plight of women trapped in the criminal justice system to the forefront, White-Harrigan is challenging all of us to now expand our definition of “women’s issues” to include prison reform.

Monday, theGrio sat down with the vocal advocate to find out what she thinks of the current social justice climate, and what steps she believes we need to take to protect those who are incarcerated.

“This is the right time, this is the moment,” she declares enthusiastically, pointing out that the success of movements like #MeToo have paved the way for more women to speak up about injustices they face in all aspects of their lives.

“We now these wonderful movements that are in place, but need to keep rallying. We need to keep coming up with solutions. So my intent is to challenge everyone to keep this momentum going! I want everyone to get involved.”

When people think of prison reform, they often think of Black men being unfairly targeted by the system, but White-Harrigan points out that women are often left out of those discussions. She admits that even she was ignorant to just how many women are stuck in the prison system till she became one herself.

“Women always get forgotten about,” she laments. “But when we are incarcerated, unfortunately, it effects everybody that we take care of. Everybody that’s within our circumferences. The children suffer, the parents suffer, everyone suffers because we are the core, we are the nucleus of the family.”

The day has arrived! ?We're excited to be here at the 2019 #MAKERSConference with inspiring trailblazers. Follow along for updates and tune in LIVE over the next 3 days on https://t.co/zSuvl86m2U! ? pic.twitter.com/ECrj42PeX1

The Path to Freedom

One woman who has made significant progress in prison reform, is controversial reality star Kim Kardashian West. Although Kardashian West has had considerable success with her advocacy in this area, many have pushed back and voiced resentment about her getting credit for work others have been attempting to do for years.

When asked how she feels about having Kanye West‘s wife be seen as the face of her cause, White-Harrigan admits, “There was a time in my life when I would have felt the same way about Kim.”

But now her message to those reluctant to praise Kardashian is simply “get over it,” and focus instead on what really matters.

“At the end of the day, are we going to wait years upon years for us to get noticed on our own?” she asks. “We need every little help we can get! And I think that Kim comes from a place of compassion.”

“The reality is she’s a multimillionaire already,” she continues. “She has money. She’s married to money. Her family has money. Even without this, she already has notoriety; she has already established herself. She didn’t need to do this for us; she chose to. If it takes a Kardashian, if it takes a Piper, if it takes different kinds of people out in the public eye to bring attention to our fight, let it work. It’s bringing us the visibility we need.”

In addition to wanting better conditions for women who are serving time, White-Harrigan also encourages the community to give inmates a chance after they’re released back into society.

“You only really hear about people who might commit another crime or go back to prison,” she points out. “But there’s a whole population of us that come out of prison and become executive directors, get Master’s degrees, Doctorates, you name it. And, we’re doing well. We’re homeowners, we buy up properties, we give back., and the sad part is, you don’t hear those stories enough.”

“A lot of us who have done time come out and dedicate our lives to giving back,” she adds. “Why? Because those experiences teach us something. And instead of fearing what you think you know, give somebody an opportunity. You might be surprised, because sometimes we’re more trustworthy than people who don’t even have a record. Never judge a book by its cover.”

MAKERS is a media brand that exists to accelerate the women’s movement through stories of real life experiences that ignite passion and action. For more information and to tune-in to the live conference please visit: MAKERS.com/Conference