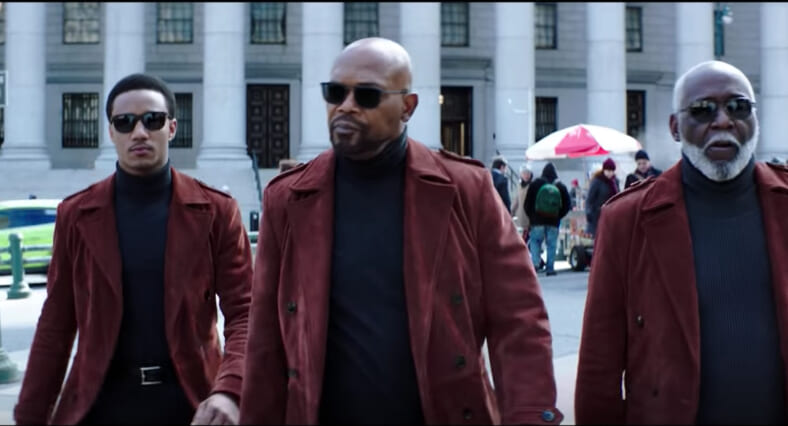 New Line Cinema has released the first trailer for Shaft, where Samuel L. Jackson reprises his role from the 2000 movie reboot.

And if you’re wondering if the original John Shaft, Richard Roundtree will be featured in the movie, ya damn right he will. There are three generations of Shaft men that will be featured, one of them will be John Shaft Jr. (Jessie T. Usher) (Creed II), a somewhat of a straight-laced dude who reunites with his long-lost kick-ass dad. He soon pulled into helping his dad with a case.

According to the official movie synopsis, “JJ, aka John Shaft Jr. He may be a cyber security expert with a degree from MIT, but to uncover the truth behind his best friend’s untimely death, he needs an education only his dad can provide. Absent throughout JJ’s youth, the legendary locked-and-loaded John Shaft agrees to help his progeny navigate Harlem’s heroin-infested underbelly. And while JJ’s own FBI analyst’s badge may clash with his dad’s trademark leather duster, there’s no denying family. Besides, Shaft’s got an agenda of his own, and a score to settle that’s professional and personal.”

Shaft will hit theaters on June 14.