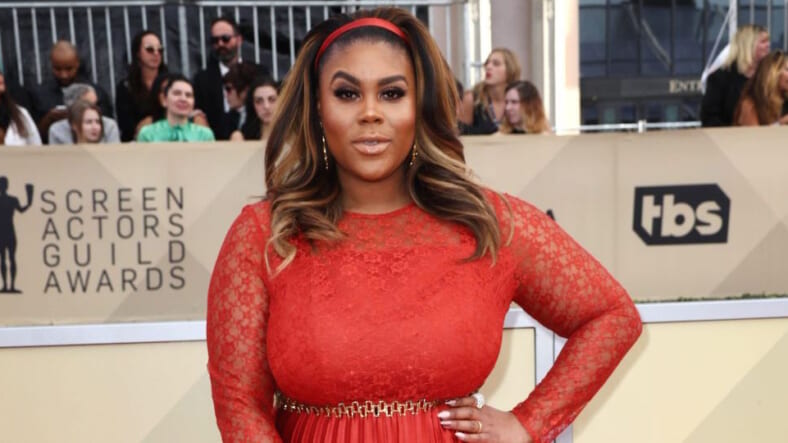 E! News correspondent Nina Parker is the stylish, sharp and funny host who keeps us up on the latest entertainment gossip.  But before she was in the TV spotlight, Parker had a wild career journey, with plenty of twists and turns.

“I was really ambitious in college,” Parker told theGrio in a recent interview.  “I was part of the broadcasting department. I was doing like two productions and really discouraged after I graduated and I moved to New York. I couldn’t find a job here.”

“When I initially graduated I was like, ‘I’m going to move to New York to become a VJ. I’m going to get this job on TV.'”

But Parker found that the Big Apple wasn’t the easiest place to navigate on her own.

“I was just very young and ambitious but also very naive on how the business works,” says Parker. “It wasn’t working for me the way that I wanted it to. But I also wasn’t giving what I should have been giving at the time, and was probably ambitious in my mind and lazy in my actions.”

Parker ended up returning home to Sacramento, CA after her NYC chapter didn’t go as planned.

While working a traditional 9 to 5 job at Verizon Wireless, Parker felt stuck.  A pep talk from her mother inspired her to realize her own power.

“She was like, ‘You know you don’t have to live like this? You’re not married, no kids, just quit.’ And I was like, oh she’s right! It’s that simple. So I took a vacation for a week, came to L.A., found like a room to rent and some temp agencies online.”

Like many young people chasing dreams, the setback was humbling but critical.  Parker eventually landed at TMZ– just not as a host.  She became a runner who did errands for the show until she came to work late one day.  A manager threatened to fire Parker over the incident, but another TMZ staffer intervened, promising to take her on under a different role.

Nevertheless Parker did it.  She contributed ideas and worked overtime, eventually becoming a producer who appeared on camera.

Now as the host of yet another show, “Dating #NoFilter,” Parker is living her dream and continuing to achieve new goals.  She offers this advice to anyone who feels stuck, but wants to break through:

“You just never know what people are developing or doing or how they’re paying attention. So it’s just really important to give everything your all, that one shot that you have…that’s all you might get.”