Michael B. Jordan and Ryan Coogler talk about how their famous collaboration could lead to a ‘Black Panther’ sequel

The actor/producer and director offered a revealing talk to young men of color at the My Brother’s Keeper MBK Rising! event in Oakland, California 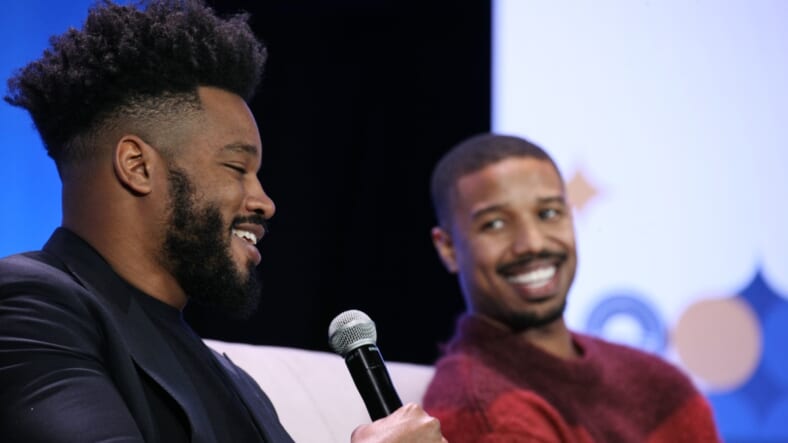 The MBK Rising! conference kicked off on Wednesday featuring a discussion with actor Michael B. Jordan and "Black Panther" director Ryan Coogler. (Photo by Adam Turner)

Among a hero’s welcome of cheers and praise, emerged Hollywood power players, director Ryan Coogler and actor and producer Michael B. Jordan in front of a group of young leaders and mentors to talk about how to think big and embrace failure in order to be successful.

The director and star of the Oscar-nominated movie Black Panther heaped plenty of advice Wednesday during a discussion to close out the Obama Foundation’s inaugural MBKRising! three-day confab in Oakland, California.

During their “Changing the Narrative: The Story We Tell, and Who Tells the Story,” discussion, Coogler and Jordan talked about how their collaboration has evolved since they first worked together on the breakthrough movie, Fruitvale Station, which chronicled the last 24 hours of Oscar Grant’s life. Grant was fatally shot by a transit police officer on a subway platform in Oakland 10 years ago. Coogler and Jordan joined forces again to revive the Rocky movie franchise with Creed and Creed II, then again with the billion-dollar global success and cultural impact of Black Panther.

READ MORE: Watch Michael B. Jordan challenge Will Smith to a cooking challenge

Drawing comparisons to the famous collaborations of director Spike Lee and Oscar winning actor Denzel Washington in the early 1990s, Coogler and Jordan said their similar backgrounds coming from growing up in tough cities (Oakland and Richmond, California and Newark, New Jersey, respectively) helped them form a bond relatively quickly. 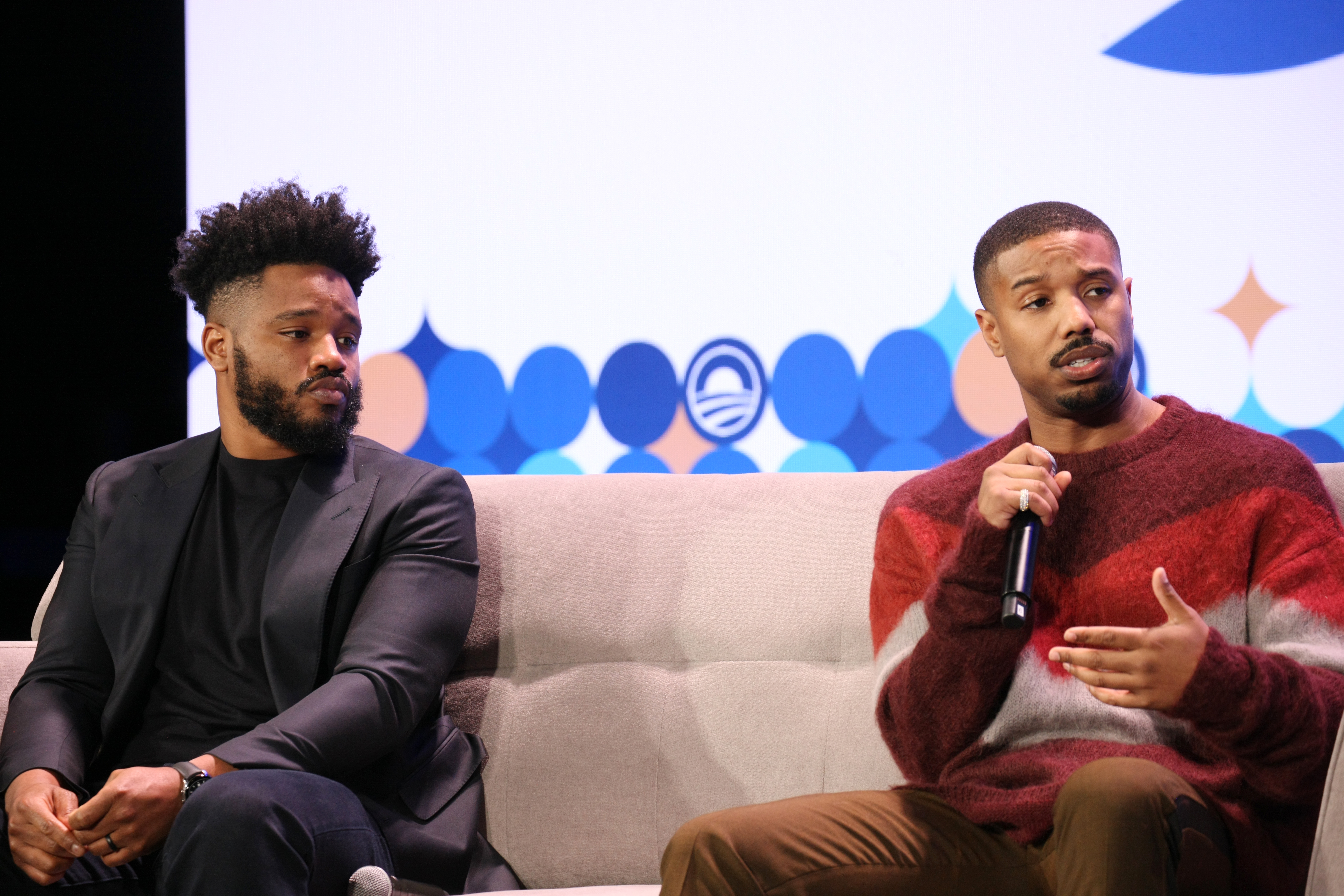 Actor Michael B. Jordan and “Black Panther” director Ryan Coogler are now drawing comparisons to the famous collaborations of director Spike Lee and Oscar winning actor Denzel Washington as Coogler and Jordan speak at the My Brother’s Keeper event in Oakland on Feb 20, 2019. (Photo by Adam Turner)

“If you want to be an artist, not even an artist, a community organizer that can affect things, who has the potential of existence long after you’re gone, you’re going to have to do it with other people,” Coogler said. “You find those folks and you get to work together and learn things from each other.”

Jordan agreed as he urged young people in the crowd to take chances.

“Look to your left, look to your right, look behind you; these are your peers,” he said. “Technology allows you to go out and be filmmakers. You can shoot a short film or a small doc. Don’t look above you, look beside you to your peers and create that bond to make it easier to collaborate.”

He went on to also warn the young men of color in attendance that with success comes great responsibilities.

“What’s for you is for you, can’t nobody take that from you. Your blessings are going to be your blessings,” Jordan said. “Try to be the best person you can be. Karma is real. Give out to the universe and it will conspire to make it happen for you. I really believe that!”

Michael B. Jordan used the MBK Rising! forum to announce that his burgeoning Outlier Society production company is launching a fellowship program for underrepresented high school and college students who have an interest in media, the arts and entertainment fields.

Michael B. Jordan used the MBK Rising! event to announce that his burgeoning Outlier Society production company is launching a fellowship program for underrepresented high school and college students. (Photo by Adam Turner)

The actor, who continues to work on projects that further enhance authentic representations of Blacks in Hollywood, said the “Outlier Fellows” will create a diverse and talented pipeline of young artists to do the same within the next generation.

READ MORE: ‘It’s tough being a Black man in America’ Michael B. Jordan on going from broke to ‘Black Panther’

“These new voices will shape our community for years to come. It’s the greatest investment we can make,” he said to raucous applause.

As for when we can expect a sequel to Black Panther, the movie that’s up for seven Academy Awards this Sunday, including Best Picture, Coogler shrugged his shoulders and only conveyed how grateful he is for the continued support. 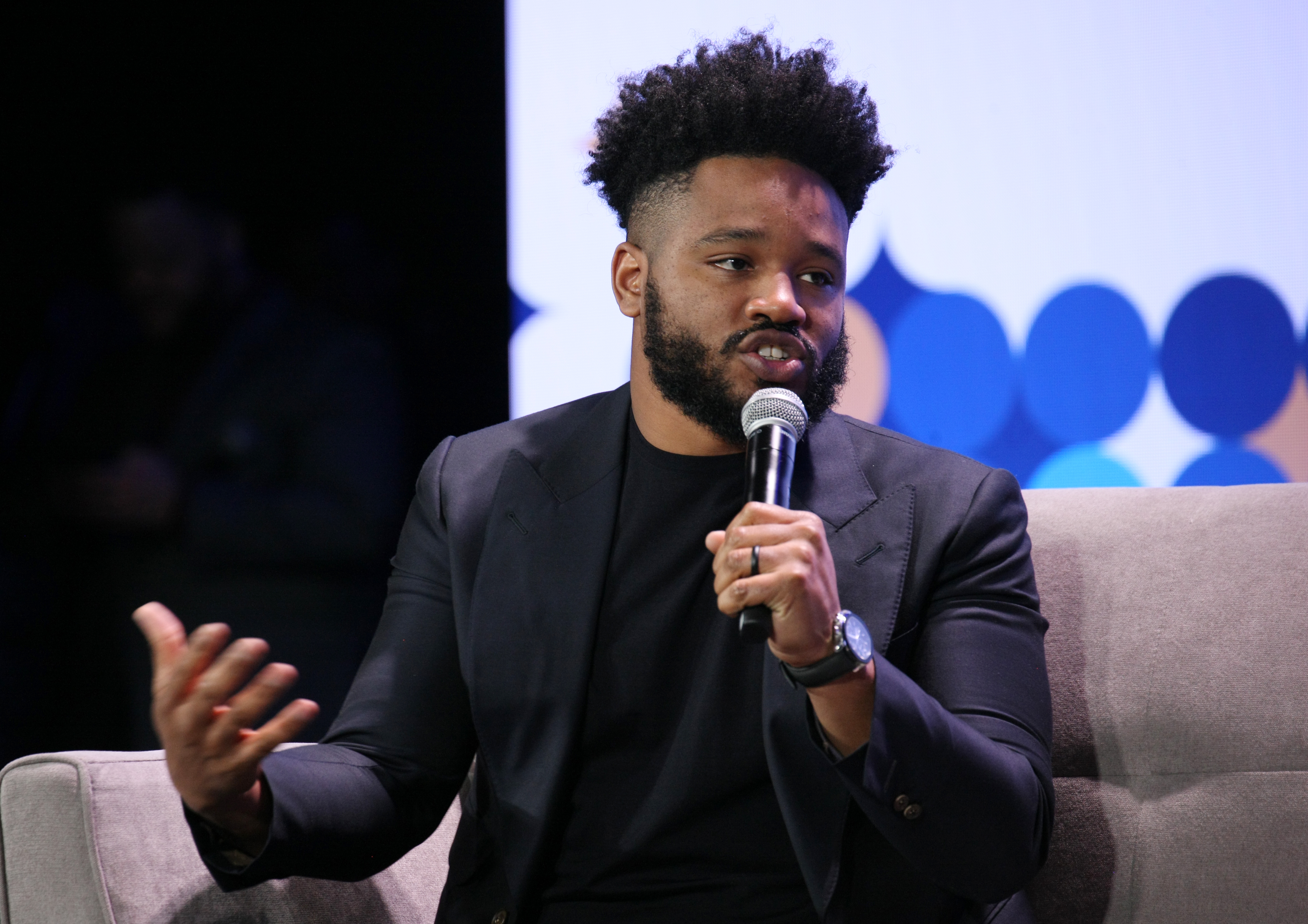 Ryan Coogler only shrugged when asked for info on the next installment of Black Panther while speaking at the My Brother’s Keeper event in Oakland on Feb 20, 2019. (Photo by Adam Turner)

“Nobody saw that coming. If it’s not for our audience, it’s meaningless and you guys gave it that light,” said Coogler. “Out here, we say ‘Loose lips sink ships.’ But, you should know that there’s folks hard at work to bring you something you can be proud of.”