The FUSE show isn't what you're expecting. 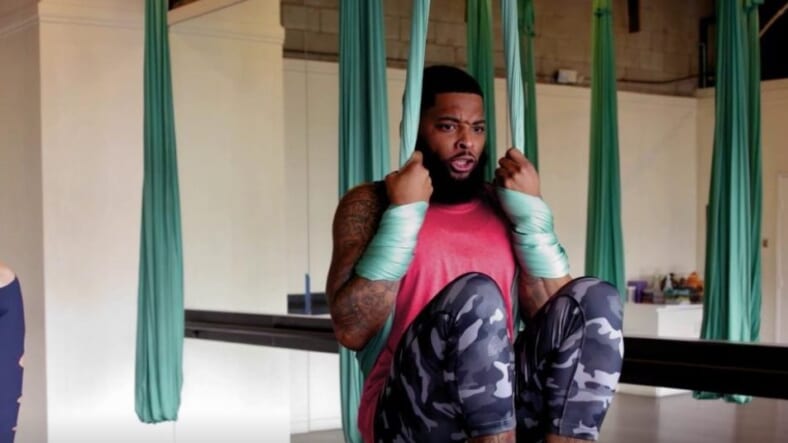 Keraun Harris, better known as his online alias King Keraun is a producer, actor, comedian, and Internet personality who has appeared on Insecure and black-ish and he’s tackling race relations in a new way on his FUSE series That White People Sh*t.

In That White People Sh*t, King Keraun is on a journey of discovery, pulling back the curtain on a variety of subcultures that are particular to the white community. Join him as he fully immerses himself in white culture like fencing, goat yoga, LARPing, slack lining, alpaca farming, and ghost hunting. Along the way, he meets new friends and makes it his mission to understand why white people do what they do, and love what they do.

TheGrio caught up with King Keraun to find out what prompted him to take on such a controversial subject matter.

“There is so much division with politics and police brutality and a lot of things that create division between the races. To have a show where you think I’m talking crap, but am just being honest… it’s true that white people do crazy sh*t,” he says. “As Black people, we don’t have to do crazy things to get our thrills. This show kind of bridges a gap and shows white people can be cool and we can coexist. Sometimes, we just don’t understand why they do the crazy stuff they do so this will help explain that.”

Debate Your Moms: The 6 funniest Black television shows of all time

According to the actor/comedian, we can all ease some of the tension by laughing off our differences.

“We can show our differences aren’t such a big deal and we can find a connection through anything. I met people I thought were so different than me and then I realized that we may think alike or they may remind me of someone in my own family,” he explains.

We couldn’t help but wonder what would happen if a white comedian flipped the premise and tried to create a similar show about sh*t Black people do and King Keraun was quick with his response.

“I think that show would be burned to the ground. I don’t think it would be well-received at all. I think Black people as a whole feel like we deal with enough already. It doesn’t sound as nice when it’s the other way around,” he admits.

“It’s not about finding things to use against people. I talk about things we actually deal with every day. People with different religious and political views are around us every day and I’m just shedding light on what we already know.”

New episodes of That White People Sh*t air every Sunday night at 11:30 p.m. on Fuse and Fuse on Demand.

Check out a sneak peek here.