And Another One: Third R. Kelly sex tape turned over to authorities

The U.S. Attorney’s Office for the Eastern District of New York will determine whether it will be added to the growing list of evidence against the R&B singer 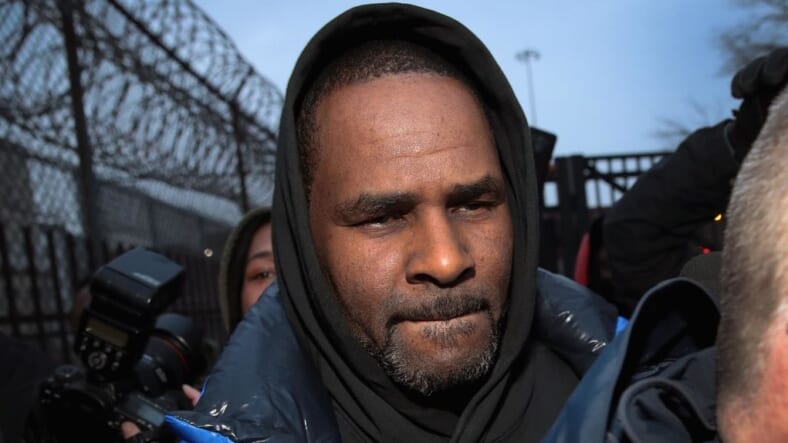 A third sex tape of R. Kelly has surfaced that allegedly shows the embattled R&B singer with several underage girls, according to lawyer, Gloria Allred, who is representing a man who claims to have uncovered the videotape.

In a press conference held in New York City on Sunday, Allred told reporters her client, Gary Dennis, turned over the tape to police after he learned who and what was on it. According to Allred, Dennis found the tape while going through old VHS tapes but assumed it was a “sports tape,” even though it had R. Kelly’s name written on it.

Dennis, who claims to have no affiliation with R. Kelly, said he initially thought the tape would contain music from an R. Kelly concert, but after viewing the tape, learned it was a sex tape in which Kelly is allegedly engaging in sex acts with minors, according to TMZ. Dennis told reporters that the underage girls on the tape were shown doing and saying things according to instructions given to them by R. Kelly.

The tape has now been turned over to the U.S. Attorney’s Office for the Eastern District of New York, Allred told reporters. She declined to comment on whether she had viewed the tape before handing it over to authorities.

But she did say more tapes of R. Kelly are out there and she expects more will be uncovered.

This tape marks the third one to be handed over to law enforcement in the past month. Michael Avenatti, an attorney who represents some of the alleged victims, turned over two tapes to prosecutors in Chicago. One of those tapes resulted in the 10 count indictment against Kelly for aggravated sexual abuse, according to TMZ.

As to this latest tape, Avenatti appears unconvinced as to Dennis’ story, TMZ reported.

In addition, Steve Greenberg, R. Kelly’s attorney, said his client denies being on tape with underaged girls. “R. Kelly denies that he is on any tape with underaged girls. The doubt here is self-evident, with reporting that the man on the tape kinda, sorta looks like R Kelly. That doesn’t make it him. It is not him,” Greenberg said, according to TMZ.

Kelly’s lawyer also questioned what punishment Dennis will face for possessing and viewing the tape.

“It is obviously now just open season on R. Kelly,” Greenberg told TMZ. “It is irresponsible to continue to take the speculation of every Tom, Dick and Harry, and report it as if it is fact.”