WATCH: Idris Elba reveals how he found his funny bone for ‘Turn Up Charlie’

Find out why the sexiest man alive decided to try his hand at being a "manny." 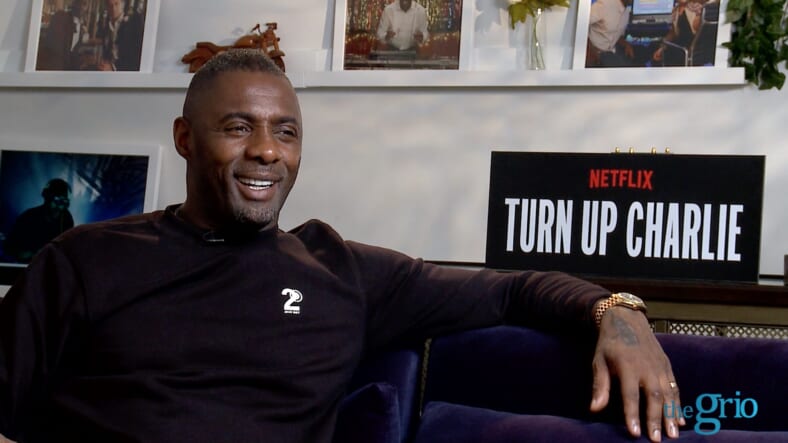 Idris Elba is gearing up for the premiere of Turn Up Charlie on Netflix and TheGrio caught up with the smoldering star of the series to find out what led him to pursue a role so different than his others.

“The truth is that I helped create this project. Basically, I wanted to find a show that I was allowed to be comedic in but not too goofy so that my audience wouldn’t go, ‘What is Idris doing?’ I waned to try to do something that was relatable to me,” he explains. “I’m a parent and I love being a dad and I’m a goofy dad so it was about putting all those threads together and doing something so here we are with Turn Up.”

FIRST LOOK: Idris Elba is the hottest “Manny” on the planet in ‘Turn Up Charlie’

Turn Up Charlie centers on the titular Charlie (Idris Elba), a struggling DJ and eternal bachelor, who is given a final chance at success when he reluctantly becomes a ‘manny’ to his famous best friend’s problem-child daughter, Gabby (Frankie Hervey). Piper Perabo and JJ Feild co-star as Gabby’s parents.

The series shows Idris Elba in an entirely different light than we’re used to and that’s a good thing for sure. His character is one hit wonder who’s hoping to revive his music career, allowing Elba to show off his real-life skills as a DJ.

“I have deejayed for a long time and continue to. Only recently I have started booking more gigs in the U.S. as opposed to Europe. I’m doing Coachella this year and I may do EDC this year,” he says. “Deejaying is something that I love to do but I couldn’t do a show on just deejaying.”

Turn Up Charlie is equal parts funny and heartwarming, and prompted Elba to share several scenes with a new kind of leading lady; a smart, spoiled tween with attitude to spare.

According to Elba, Turn Up Charlie has him very interested in pursuing more comedic roles int he future.

“Definitely. I just found it a lot more liberating. With drama, there are certain things you have to stick to,” he says. “The drama is drama and you have to commit but with comedy, you find yourself being a lot more silly on set and taking it in areas that are more funny than it is about the script.”

Elba and Gary Reich co-created Turn Up Charlie and will serve as executive producers along with Tristram Shapeero. Shapeero will also direct the series with Matt Lipsey. Martin Joyce and Ana Garanito are co-executive producers. The series is co-produced by Reich’s Brown Eyed Boy Productions and Elba’s Green Door Pictures.

All eight episodes of Turn Up Charlie will premiere on Netflix globally March 15.

Check out our video interview with him, above.