The NBA icon went 1-on-1 with theGrio to set the record straight on prioritizing heart health. 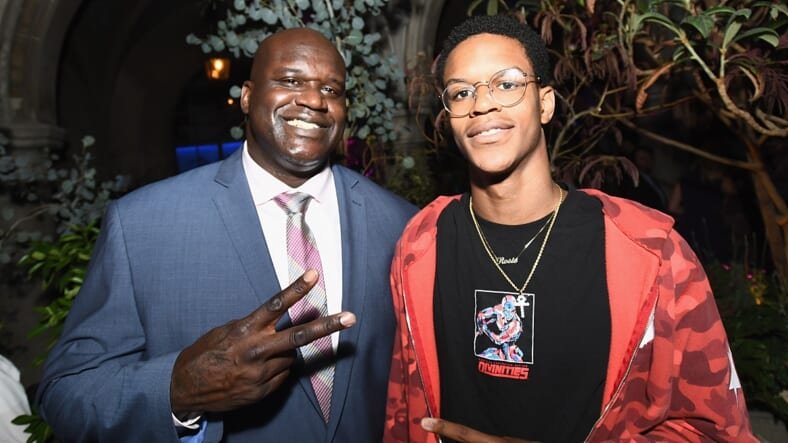 Shaquille O’Neal and his son, Shareef O’Neal, realized that Shareef would miss the entire 2018-19 season after doctors discovered a heart condition. Now, Shaq is spreading the word about heart health in the Black community. (Photo by Emma McIntyre/Getty Images for Apple)

The “Shaquille Gets Real about Heart Failure” is a national education program and a passion project for the 7’1 former baller because it’s primary goal is to bring further awareness around the disparities of heart failure in the Black community.

It’s a topic he knows all too well after discovering last year that his 19-year-old son, Shareef had an electrical issue his heart, which was corrected with surgery. It’s a problem the family only realized after Shareef reportedly said he felt “funny” after practicing on the basketball court.

“My son is fine,” O’Neal told theGrio. “We found out the problem earlier and he got surgery. He’s rehabbing now, so he has to take a stress test. After he passes that, he will be able to play again.”

This morning was by far my toughest moment being a Mom. If only I could take his place today. Could I at least go with him in that operating room and hold his hand. Separating from him as he was wheeled off to surgery was heartbreaking. THATS MY BABY! I don’t care how old, how big, how grown my kids get I still want to protect them. I had no control over any of this. But there is a God, I trust and believe He is in there with my baby right now and has complete control. #prayforreef ??❤️ @shareefoneal #mybaby

While Shareef O’Neal (who never suffered from heart failure) is getting ready to return to the game in about six weeks, his dad is taking the extra step to promote heart health for African-Americans. Studies show that we are 20 times more likely than other ethnic groups to develop heart failure before the age of 50 and we are more likely to be hospitalized or die from heart failure than white Americans. Our tendency to have high blood pressure, obesity and diabetes make us serious targets.

“I’m 47-years-old, and I’m one of those guys, I look in the mirror, my belly’s not hanging over, I work out pretty good,” O’Neal told theGrio. “This affects us more than it does anybody. We need to get real. We need to get serious,” he continued.

A new hub for heart health

O’Neal admitted that like many men, he didn’t prioritize getting a primary care physician until he started working with Dr. Elizabeth Ofili, the first woman president of the Association of Black Cardiologists and a Professor of Medicine at Morehouse School of Medicine.

The pair are now working together with Arbor Pharmaceuticals, which has sponsored an online hub of educational resources for healthcare providers and patients with a complete video series featuring O’Neal and Ofili. 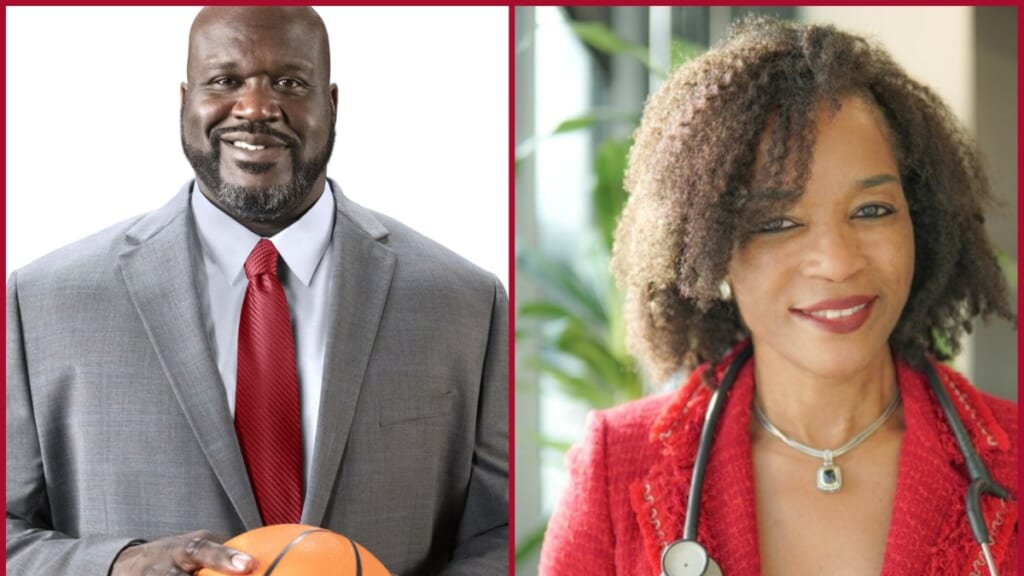 NBA icon Shaquille O’Neal and Dr. Elizabeth Ofili have partnered with Arbor Pharmaceuticals on a series of educational videos. (Photo courtesy of shaqgetsreal.com)

There’s also a ton of information about “The Shaq BiDil Access Program,” which offers financial options for those who may have difficulties receiving access to a groundbreaking treatment. BiDil®, currently being used with other heart medications, is being touted as the first heart failure medication specifically designed for Black folks by widening and relaxing blood vessels in the body.

“I don’t have any problems. I just want people, especially people of my community to make you just go see a physician, go get checked out,” says O’Neal. “The older we get, sometimes we have to change our lifestyle. Like I can’t eat as many burgers as I would like to. People need to know the disparity.”

Dr. Ofili encourages African-American adults to be mindful of their symptoms.

“If you’re suspicious because you’re feeling or feeling some symptoms, shortness of breath, or just being an adult over the age of 30 as I say, get an annual checkup,” says Ofili.

“The blood pressure will sneak up on you, so we need to know that. But most importantly understand that if something is diagnosed, modern medicine has evolved to the point that we’re getting more and more personalized approaches to care. So let’s find out what’s out there and partner with your doctor.”