Wendell Nibbs, a 53-year-old teacher already on house arrest from two prior rape accusations now has even more claims against him in separate sexual assault 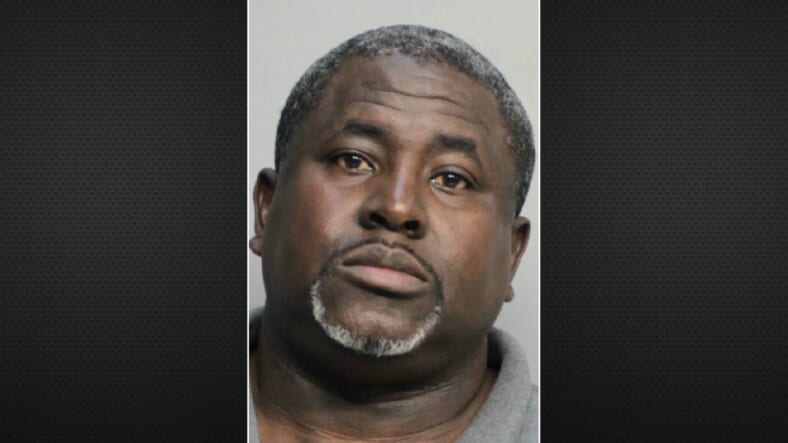 A former Florida teacher was arrested after two of his former middle school students claimed that he raped them.

On Wednesday, Wendell Alfredo “Kimo” Nibbs, 53, was charged for the crimes which are in addition to two other rape charges for which he was already awaiting trial. Two other students had previously came forward and alleged sexual battery by the former physical education teacher.

The newest charges, according to an arrest affidavit, says that Nibbs who taught at Brownsville Middle School in Miami, raped the girls multiple times in his classroom, office and the girls locker room. One of the girls accused Nibbs of fathering her child.

In 2017, Nibbs was first arrested on two charges of sexual battery, The Miami Herald reports. That same day, he stepped down from his teaching post from the school and resigned for “personal reasons” the outlet reports.

Nibbs is set to answer to the charges in June when his criminal trial begins. He had been on house arrest and was taken into custody while at home for the newest allegations.

There are at least five lawsuits that were filed in the case against Nibbs and the school district. Five girls, two from the previous case, another girl who was added, and the two girls from the newest case, are suing the district in federal court for civil rights violations and negligence.

“I think it just reaffirms what our other clients have been saying for a long time about Wendell Nibbs,” said attorney Pedro Echarte. “It’s clear there was a long pattern of assaulting and harassing young girls at the school. We’re just grateful it’s been brought into light.”

According to the arrest affidavit, Nibbs was a track coach to one of the girls and over a period of time in 2013 and 2014, he made sexual comments toward the eighth grader and drove her home on occasions without her mother’s consent. Nibbs allegedly then started touching the girl inappropriately. The affidavit says that in December 2013, Nibbs asked the girl to go into his officer to retrieve an item and gave her the keys. He then ordered her to get undressed and proceeded to have sex with the minor. The girl told police that she asked Nibbs to stop but he continued.

“[The girl] remembered the unbearable pains she endured while being sexually assaulted by Mr. Nibbs in the classroom,” the arrest affidavit read.

According to the affidavit, the sex ensured over a 10-month period June 2014 in a variety of on campus locations.

According to the affidavit, Nibbs engaged in a sexual relationship with another eighth-grader. “That was the day Mr. Nibbs took her virginity,” the arrest affidavit said.

Nibbs, the affidavit said, took advantage and raped the girl aggressively in his classroom.

He reportedly pulled her hair and asked: “Do you love me?” also saying “I’m Daddy!” The sexual intercourse continued in his apartment, where he also took nude pics, the girl said, according to the outlet. She also believes he fathered her child.

In a statement, Miami-Dade school district spokeswoman Daisy Gonzalez-Diego released a statement saying that new measures would be in place.

“The allegations against this former employee are clearly reprehensible,” she said. “By working with witnesses of past investigations, Miami-Dade Schools Police detectives were able to locate unknown victims who had been previously afraid to come forward. Probable cause for an arrest was established with the assistance of the Miami-Dade State Attorney’s Office. We will continue to provide whatever assistance is necessary to ensure swift prosecution of the individual charged with these disturbing accusations.”