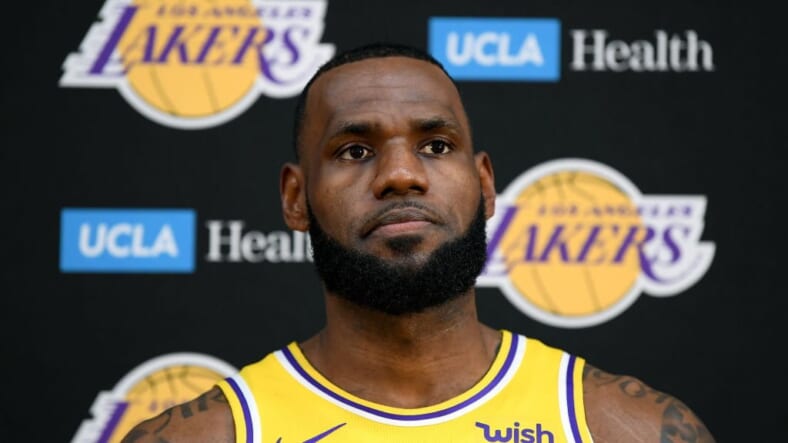 It would appear that Lebron James‘ first season with the Lakers isn’t going as planned reports Business Insider.

ESPN’s Dave McMenamin says James’ teammates were not pleased with his body language during games and have gone as far as to discuss it during a team meeting.

The first half of the season was rocky for the team resulting in them having a 20-14 record by the time Christmas rolled around. This record was followed by James’ being injured the majority of January where the Lakers had a disappointing record of 6-11 during his absence.

—Former LSU running back arrested and accused of an alleged rape—

All of the losses led to the first true depiction of friction with James and his teammates. During a Feb. game with the Indiana Pacers the matchup began with Lakers guard Brandon Ingram receiving chants of “LeBron’s gonna trade you” while shooting free throws at the start of the game.

James was pictured seated far away from his teammates, at the end of the Laker’s bench during the game against the Pacers. This game resulted in 136-94 loss for the Lakers. But this was just the beginning because though the Lakers were able to win their next game against the Boston Celtics trouble was on the horizon.

The Lakers lost the next three out of four games and after the fourth loss against the New Orleans Pelicans, with whom a potential Anthony Davis trade had fallen through, James was fed up.

Openly questioning if his teammates had what it took to make it to the postseason, James questioned their skill and experience. According to McMenamin, this prompted a players-only meeting, organized by Rajon Rondo, at which players held an “air-it-out” session with LeBron.

“The meeting in Memphis was a retort of sorts. In what became an open forum, several players spoke up. Players focused on James’ inconsistent body language throughout the year. The four-time MVP copped to the critique, telling his teammates that, in essence, cutting out behavior like slumped shoulders and sideways glances has been something he has tried to work on his entire career.”

Although the players told James about himself, according to McMenamin, it seems the NBA MVP took the criticism well. McMenamin said it appeared that James took the critiques to heart, as he showed a bit more focus on lifting teammates, staying engaged and putting his arms around other players during timeouts. But despite the good meeting, the Lakers would fall short, losing to the Memphis Grizzlies to start a 1-6 stretch that would effectively end their season.

Although the Lakers playoff chances seem unlikely, James still has years left with the Lakers, but some 2019 offseason moves and trades may turn around James outlook on his new team for the future.