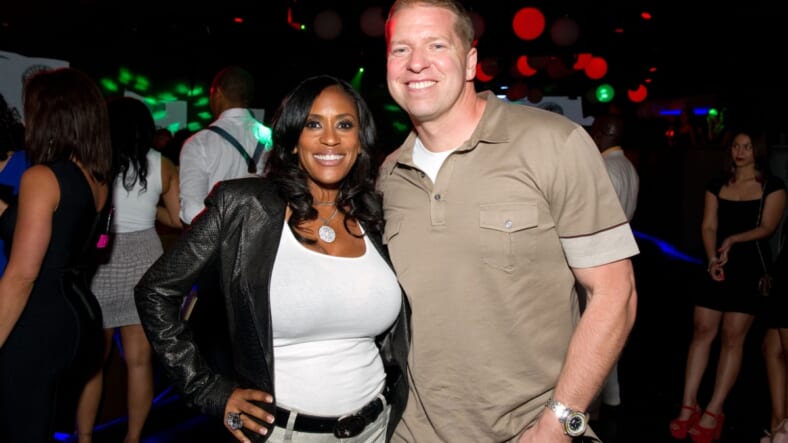 Comedian Gary Owen is usually all about the jokes, but it wasn’t a laughing matter when his wife allegedly was racially profiled by a Delta airlines ticket agent.

On Sunday, Owen, who is white, took to social media and made an Instagram video about the moment his wife Kenya Duke, who is Black, was confronted by an agent on a flight from Cincinnati to San Francisco, Yahoo reports.

“So they tell everyone to line up for first [class],” Owen says in the video. “My wife gets in line and the guy working the gate…asks my wife, ‘Oh, are you in first?’”

Owen, who has starred in films like Think Like a Man, said his wife first answered yes and then she followed up and asked the agent if he was going to ask the white man behind her the same question.

Owen said when his wife asked why, the man allegedly said, “Cuz I don’t feel like it.’”

“So Delta, I have almost three million miles with you. When you see this lady?” said Owen as he panned the camera to his wife, “That’s my wife. She flies first. Don’t ask.”

Delta has since responded since Owen’s video went viral.

A spokesperson blamed Duke for trying to board her flight 30 minutes early before children and elderly and disabled passengers and was reportedly blocking access.

“Delta does not tolerate discrimination of any kind,” a Delta spokesperson told Yahoo Lifestyle. “We are reviewing the situation with our Cincinnati team and are in contact with the customer to better understand what transpired.”

Hey @delta this morning my wife & daughter flew from Cincinnati to San Francisco on the 7:20am direct flight gate B21. Your gate agent asked my wife as she was standing in the priority line if she was in first class. She said yes. My wife is a black woman. So she asks your agent are you not going to ask the man behind me if he is in first? Your agent said NO. My wife asked why? Your agent said “because I don’t want to.” Your ticket agent was a white man the man standing behind my wife was a white man. I have well over 2 million miles on Delta. I know you have a lot of amazing employees that treat ppl with respect & dignity. But what happened this morning was not ok.