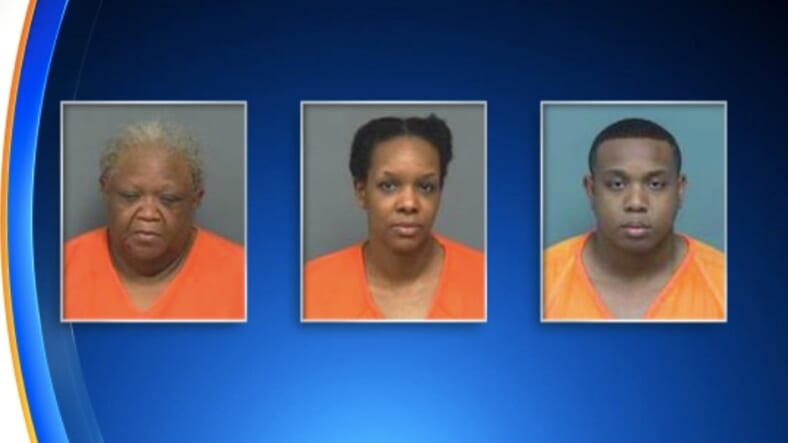 Deborah Graham, David Graham, and Tonya Hill were arrested for reportedly beating a confession out of a child with an extension cord (Photo: Mesquite Police Department)

Three church pastors in Mesquite, Texas have been arrested for reportedly tying up and using an extension cord to beat a confession out of a child.

The disturbing incident occurred three weeks ago at The Church— “A Place of Worship for All Nations,” located on Interstate 30 near La Prada Drive in Mesquite, DallasNews.com reports. A post on the church’s Facebook page reads: “Got Jesus? Experience his love! ❤️The Church is a judgement free zone. We’ve all been through our own mess but its on the cross now. Be our guest at the place where love lives tomorrow at 11AM and EXPERIENCE the difference!”

Police responded to a March 20 call about a child who reportedly had been bound and assaulted with an extension cord at the church, by three church pastors who were trying to get the child to confess to a suspected crime, Mesquite police said in a press release.

All three suspects are related and were arrested at their home in Allen, Texas.

Details about what the child was suspected of doing were not released.

Investigators are not currently aware of any other victims, but after identifying additional properties in Rockwall and Collin counties that are associated with the church, police are asking parents to come forward if their children have suffered injuries by these suspects or at The Church—”A Place of Worship for All Nations.”