Democrats are vying for the coveted support and endorsement of Rep. John Lewis

The Civil Rights legend and long serving congressman has apparently become the politician whose blessing 2020 Democratic candidates are seeking, but he hasn't made a decision 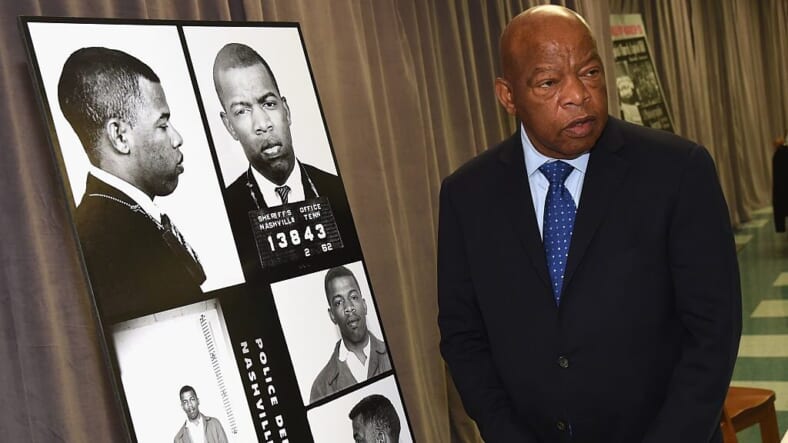 Rep. John Lewis holds the golden ticket, of sorts — the highly sought-after political endorsement that every Democrat running for President seems to want.

The Democratic Georgia lawmaker is well-respected on Capitol Hill and the crowded field of candidates are vying for his support.

But the civil rights icon who reportedly has been meeting with “several” 2020 Presidential candidates hasn’t quite yet made up his mind about who he’ll back, according to The Hill.

“I’d like to see the best possible person be elected, and it doesn’t matter whether they’re from CBC or the Democratic Party,” Lewis said.

“I’m not leaning toward making an endorsement, not at all,” he added.

It’s a complicated decision given that Lewis has ties to several contenders, but that doesn’t make them a shoo-in, or the right fit for his support.

For instance, in 2008, Lewis backed then-Sen. Barack Obama, after first throwing the gauntlet down in support of Hillary Clinton.

Lewis has served as a member of the Congressional Black Caucus since 1987, and there are two promising CBC members – Sens. Kamala Harris and Cory Booker running as 2020 candidates, but that doesn’t mean they automatically will get Lewis’ endorsement.

“I’ve taken the time to sit with them on the sofa in my office…some people just want some advice and I’ve been telling them all, get out there and work hard.”

Lewis is also close friends with former Vice President Joe Biden, who hasn’t yet announced his candidacy. He worked closely with Biden in the Senate and during Obama’s tenure in office. But it remains to be seen if he will get the congressman’s thumbs up.

Lewis might have his sights on the outgoing former Teas Rep. Beto O’Rourke, who has been likened to Obama and who is energizing constituents along the campaign trail. Lewis got to know O’Rourke a bit in 2016 during the House sit-in for gun control, the outlet reports.

But other candidates have history with Lewis as well.

Sen. Elizabeth Warren walked with Lewis during the anniversary of “Bloody Sunday”. Sen. Bernie Sanders office has shared staff with Lewis. He also has a connection with Sen. Kirsten Gillibrand with whom he has co-sponsored bills.

And if home court has any advantage, Stacey Abrams of Georgia could get Lewis’ support if she decides to run for president. Abrams who ran for Governor in the state and got people charged up and hopeful for change, also got Lewis’ overwhelming endorsement. She even got the 79-year-old dancing during a campaign stop when Oprah Winfrey came to town.

Lewis said the nation needs a leader “that can bring the American people together and that can win.”