While gentrifiers try to stop local culture, residents get support to keep the "rare essence" of the store intact 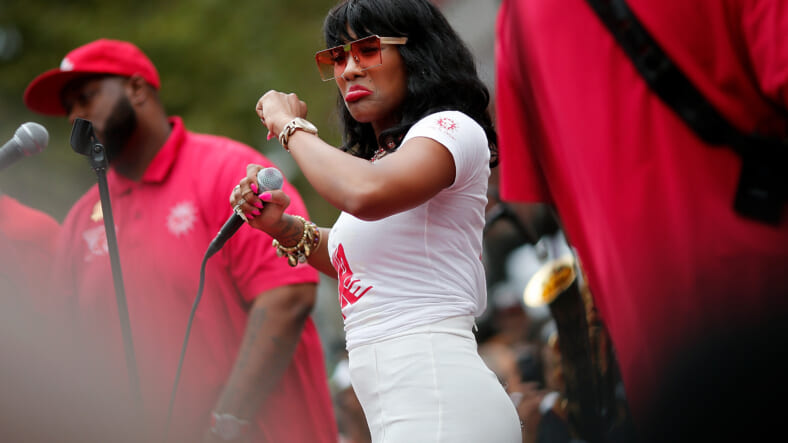 Fans of go-go music in Washington D.C. have received support from John Legere, CEO of T-Mobile, after new residents near a community Metro PCS store filed noise complaints to have the store to stop playing the music that is popular in the area.

The Metro PCS store has been known to play the music that is known to be a D.C. staple since the 1990s but recently has received opposition by residents who now occupy a recently developed condominium unit.

The new residents wrote to the city to silence the store, ultimately succeeding but now receiving opposition. The battle of go-go has now led citizens who want to uphold the culture of their city to protest the decision and have led to a celebration of the music and the artists who create it outside of the legendary store.

“I’ve looked into this issue myself and the music should NOT stop in D.C.!,” Legere issued on Twitter. “@TMobile and @MetroByTMobile are proud to be part of the Shaw community – the music will go on and our dealer will work with the neighbors to compromise volume.”

I’ve looked into this issue myself and the music should NOT stop in D.C.! @TMobile and @MetroByTMobile are proud to be part of the Shaw community – the music will go on and our dealer will work with the neighbors to compromise volume. https://t.co/qXvwzmc24E

The movement has a petition, created by Ronald Moten, to continue to allow the store to play go-go music. The issue has also sprouted a hashtag, #DontMuteDC, that has received support from mayor Muriel Bowser.

The store and the rift caused by the new condominiums are being viewed as a hub for the battle of gentrification, a hot topic among major cities across America, but demonstrating that a culture can be removed from a city with certain types of development.

Read More: Atlanta rapper recorded his own murder on his cellphone

The dancing, listening of go-go and celebration fo the D.C. culture has attracted many citizens, including D.C. bred rapper Wale who referred to the magnitude of the partying in the street as “Coachella.”

You can read and support the petition here.