Firefighters arrived to extinguish the burning car and found a body in the back seat. 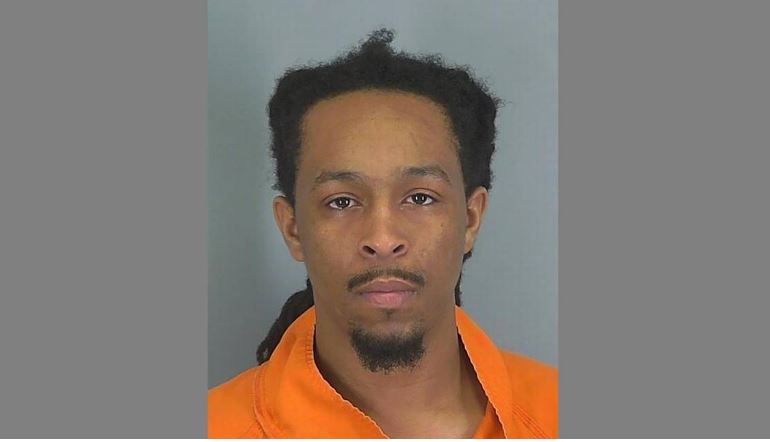 Police in pursuit of a South Carolina man who abandoned his burning vehicle after they attempted to stop him are now charging him with homicide after the burned body of his 1-year-old daughter was found in the back seat.

Imhotep Osiris Norman, 26, of Spartanburg, tried to flee police during a highway chase on Friday after South Carolina highway patrolmen tried to pull him over for doing 67 mph in a 45 mph zone, The State reports.

—Boy, 4, is latest in pattern of gun trauma in his family after accidentally shooting self—

Instead of stopping, Norman reportedly took police on a chase on Interstate 85, as his car sparked and was starting to catch fire. Norman ran on foot from the vehicle, leaving his 1-year-old, Xena Rah’Lah Norman, locked into a car seat in the backseat of the vehicle.

Once firefighters doused the flames they found the gruesome discovery, the body of the little girl. Spartanburg County Coroner Rusty Clevenger identified her as Xena, Norman’s daughter.

Norman faces homicide by child abuse charge and if convicted on the felony charge, he could be sentenced anywhere from 20 years to life in prison, according to the outlet.

Police also uncovered a bag Norman threw out of his window while on the run that contained illegal drugs, according to Fox Carolina.

On Saturday, Norman attended a court hearing. He was denied bond. Norman also denied knowing that the car was engulfed in flames saying, it “wasn’t on fire” when he exited.

“I just know that the car wasn’t on fire when I got out the car. I would have stayed in that car with my daughter,” Norman said during a Saturday bond hearing, according to FOX Carolina. “I seen sparks coming from under the tires when I tried to stop and I couldn’t stop at that point. I don’t know why what happened to the car where I couldn’t stop.”

A GoFundMe page has been started to help cover funeral expenses for the toddler.