An anonymous caller asked the authorities to check on the TV host. 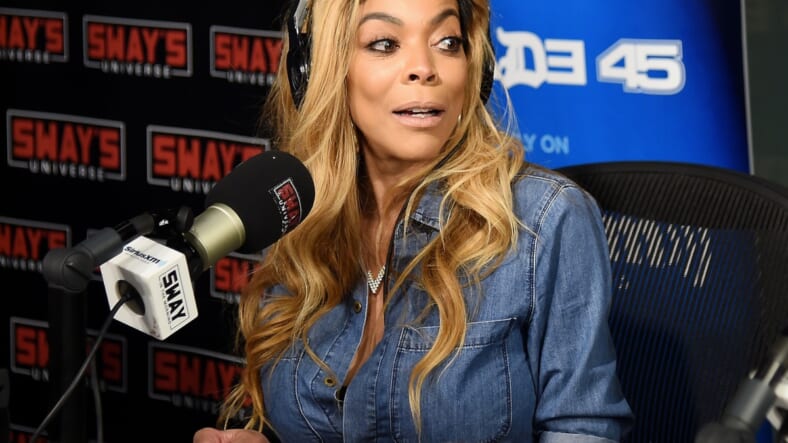 Did Kevin Hunter try to poison Wendy Williams before she kicked him to the left?

Well, sources tell Us Weekly that police were summoned to the home of Williams after a staff member called 911 alleging that Hunter poisoned the daytime TV star.

According to the report obtained by the outlet, cops showed up at Williams door asking to speak to the 54-year-old. Hunter answered and “was hesitant” about letting the police but eventually did.

Hunter closed the door before returning to then let the cops in, according to the outlet. Williams was found all snug “in bed with the blanket covering [her] from neck to toe.”

As one officer then spoke to Hunter in the hallway another spoke with Williams who said that she was recovering from a shoulder injury. When asked if the report of the 911 call was true that her estranged husband was trying to poison her, Williams reportedly responded “by saying something to the effect of ‘Well, I’m very popular.’”

Williams ultimately tearfully denied the claims of the poisoning, according to the outlet.

What in the hot topics is happening here?

Well, we do know now that Williams has officially called it quits with Hunter who allegedly fathered a child with his side chick, Sharina Hudson.

Williams filed for divorce from her husband of 21 years after rumors began circulating about the newborn child. They have been married since 1997 and have a 19-year-old son together, Kevin Jr.

Last week Hunter called cops to the handle news media outside their home after reports circulated that the couple is getting a divorce.

The call was made the same day Hunter, 46, was removed from his role with The Wendy Williams Show and comes a week after Williams, 54, filed for divorce from her husband.

“The resident says there’s a news van outside his home that won’t leave him alone,” a dispatched audio reveals from the emergency dispatcher statement reported by the Blast.

An officer says in response “We spoke with the caller as well as the press—both sides—and explained that they can be in the road and on the sidewalk, but not on their property.”