N.C. woman says she was arrested when she complained about vomit on airline seat

A mother who discovered the gross substance on her airline seat wasn't treated with courtesy from flight attendants, in fact she says she was treated like a criminal 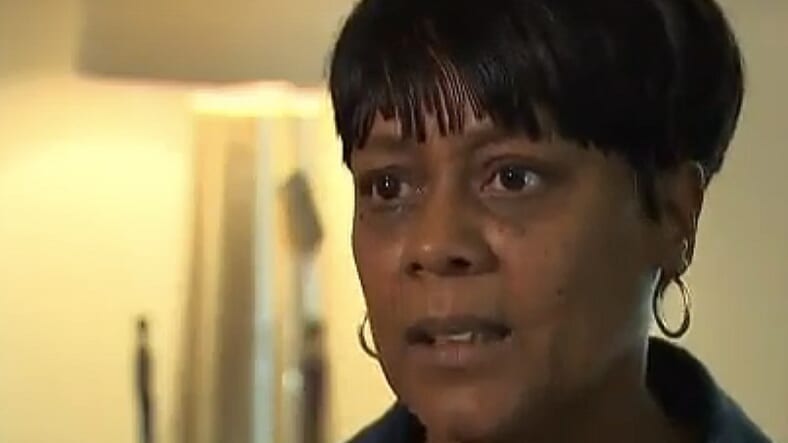 When boarding a plane, the last thing a passenger expects to find is someone else’s regurgitated meal, but a North Carolina mother said she found in her seat. But when she went to complain, she found herself arrested and her daughter in protective custody.

Rosetta Swinney said she boarded a Frontier Airlines Flight with her daughter from Las Vegas bound for Durham, N.C., on Easter weekend. According to the New York Daily News, Swinney’s 14-year-old daughter made a shocking discovery after she sat in her seat.

“She jumped up to say mom! My hands are wet,” Swinney told local station WTVD. “She smelled it. She says ‘this is vomit mom.’ So we went to look. It was on the bag, all over her shirt, her hands.”

Swinney got the attention of a nearby flight attendant to bring the gross inconvenience to her attention, but she alleges that the attendant took an attitude.

“I don’t know if she got offensive about it, but she turned around to me and said, ‘That’s not my job,’” Swinney recalled. “If it wasn’t her job, why wasn’t it attended to?”

Swinney went on to say that when she approached the attendant again after nothing was done, the authorities were called. Police had passengers deboard the plane so that they could take her into custody in front of her daughter, which left her daughter in child protective services.

In a statement released by Frontier Airlines, the company defends the actions of their attendant and contradict claims made by Swinney.

“The flight attendants apologized and immediately invited the mother and her teenage daughter to move to either end of the plane so that the seat area could be cleaned,” the statement read.

Swinney said she was never offered another seat by the attendant and the mess was not cleaned. A video posted to Facebook seems to corroborate her claims that the attendant was dismissive. Though Frontier refunded Swinney’s money for the flight, Swinney spent 12 hours in jail and said she felt embarrassed about how the situation was handled.

“I felt humiliated,” she said. “I felt more bad that my child had to see me be handcuffed and taken away from her.”

New York Daily News reports that Swinney has hired a civil rights attorney to fight her misdemeanor trespassing charge. She is due for her first court appearance in Las Vegas in June.