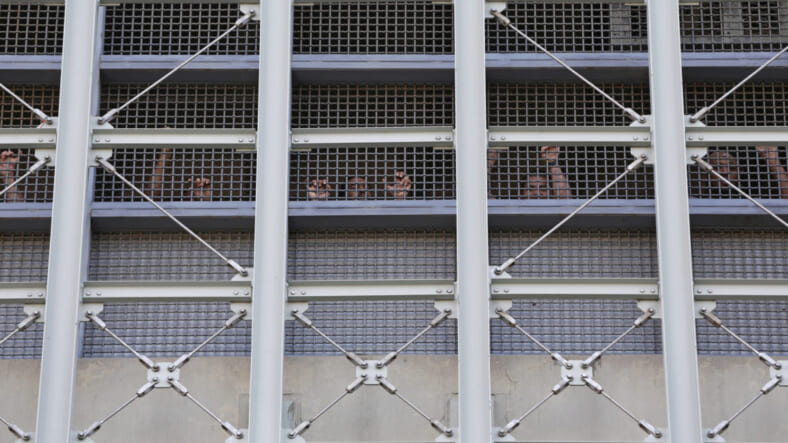 The family of Janika Edmond, the woman who died by suicide after prison guards placed a bet on her life, has been awarded $860,000.

In a statement to PEOPLE, David Steingold, an attorney for Edmond’s family, said, “The facility was well aware that [Edmond] not only had suicidal ideations but had acted on them before.” The attorney also detailed to the publication that Edmond “lived a rough life,” having been placed in foster care at an early age, as well as suffered from multiple suicide attempts.

Steingold continued to say that on Nov. 2, 2015, Edmond told prison guard Diana Callahan that she wanted a “Bam Bam,” which is a suicide-prevention vest, but was refused one. At the time, the then 25-year-old Edmond was finishing a sentence at Women’s Huron Valley Correctional Facility in Ypsilanti, Michigan, for a probation violation. She died five months prior to her scheduled release date.

Steingold told PEOPLE that according to surveillance footage pulled from the facility, Edmond “Declared that she was going to attempt suicide, as soon as she did so, Diana Callahan turned around, pumps her fist three times in the air and, in a loud voice, says, ‘Somebody owes me lunch!’”

Steingold claims that prior to Edmond’s death, Callahan and fellow guard Kory Moore had placed a bet on whether or the inmate would kill herself.

According to a lawsuit from PEOPLE, after Callahan made the declaration of her victory, the guard left Edmond unattended in the shower and requested a sandwich from her colleague, Moore. When Callahan returned, she found Edmond unresponsive. The guard was gone for almost 20 minutes.

As per PEOPLE, Edmond was declared brain dead on Nov. 6, 2015, and pronounced dead days later at Joseph Mercy Hospital, the lawsuit states. Steingold claims that Edmond’s family was not immediately notified about the incident, and had only been permitted to see her at Mercy hospital on the day of her death.

Holly Kramer, a spokesperson for the Michigan Department of Corrections, tells PEOPLE that Callahan was convicted of involuntary manslaughter in the death of Janika Edmond, and sentenced to six months in jail, along with two years of probation. Kramer also revealed that Callahan and Moore were fired “for their actions,” and that accomplice Moore was later reinstated after arbitration, however, he no longer works with the department.

Recently the U.S. District Court Judge Robert Cleland approved an $860,000 settlement in the family’s wrongful death suit against the department, Callahan, and others, a spokesperson told PEOPLE.