The latest installation of 'SHAFT' explores relationships between three generations of Black men. 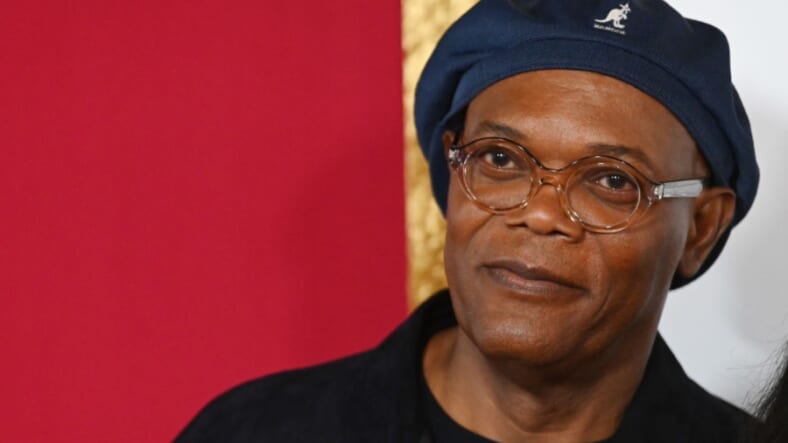 Acclaimed actor, Samuel L. Jackson, has some old-school advice on how the Black community can work together to achieve greater success. The star of “SHAFT” (in theaters June 13) opened up about issues that continue to plague our people and offered solutions on how to move the needle forward and upward during a recent interview in Harlem.

“When I was a kid, one of the things that I was told was ‘Don’t be out here messing up my name,'” Jackson told theGrio.

“So, if you go to jail, don’t call me. If you do this, don’t have Ms. so-and-so calling over here, telling me what you did. You have a responsibility not just to yourself, but you got a name. We built something.”

“It was a joy to be able to grab him and to take Jessie and teach him how to be a Shaft,” says Jackson, reflecting on how he and Usher worked came together as father and son in the film.

Jackson reflected on the messages in the movie’s portrayal of father and son, and the legacy Shaft was trying to pass on:

“And I don’t think we do that enough,” Jackson says on mentoring younger generations.. “Everybody thinks they’re an individual. They’re an island and they’re like creating some new space. No, that’s old space out here that you have a responsibility to and that’s one of the things that we haven’t passed along enough of.”

Each one teach one

Jackson, who is also a graduate of Morehouse, celebrated Smith’s example.

“It’s totally amazing to send those young men into the world without the shackles of debt that will allow them to freely fly as far as they can fly and hopefully reach back and help some other people,” Jackson told theGrio.

“I just want them to know when they ask me to come give a commencement speech, that’s not gonna happen,” Jackson joked.

The themes of broadening the definition of Black manhood in “SHAFT,” also came up in the interview. The film shows moments of conflict between father and son on everything from how to talk to women to how to provide for one’s family.

“We didn’t have to agree on everything,” says Usher. “I can acknowledge the facts and just seeing the proof by walking the streets with pops, it gives you a level of appreciation.“

Jackson is in full agreement.

“And me having old school ideas…we spent some time talking about O.K., this is not P.C., but this is Shaft, so you know I’ve got to say this!”

Shut your mouth! “SHAFT” hits theaters June 13. Check out the full interviews with the cast of the movie on theGrio’s YouTube channel.