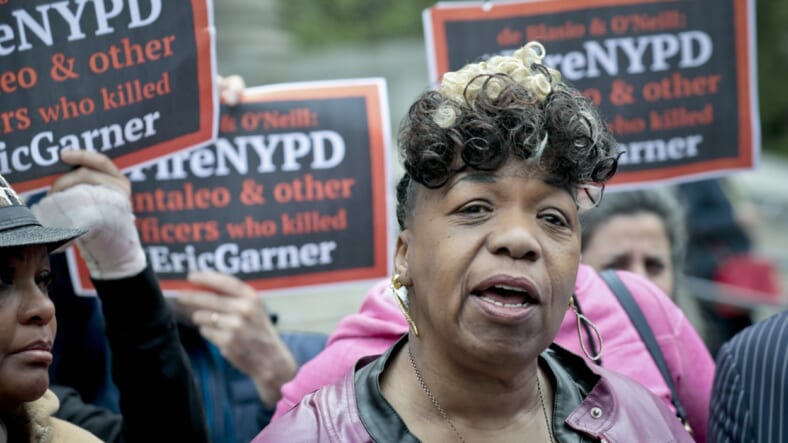 Gwen Carr, the mother of Eric Garner, wrote an op/ed piece that painfully examines injustice at the hands of a system that has dragged its feet nearly five years on prosecuting her son’s killer, officer Daniel Pantaleo.

“I don’t want the death of Eric Garner, my son, to be just another news story to people. I know that, many times, we hear something on the news and we sympathize with the family. But we need to empathize with the victims, to advocate for justice because otherwise, it’ll just keep happening,” she wrote in her NBC News essay for THINK.

Carr explained that she thought the case would be open and shut since video showed him getting choked while yelling “I can’t breathe” 11 times. But since Garner’s controversial death, there has been no one held accountable for the unarmed man’s killing.

“After my son’s horrific death five years ago, I thought, since we had a video and everything was wide open for the world to see, that there would be no question about getting justice,” Carr explained.

“I thought after Eric’s death was ruled a homicide that the police officer involved, Daniel Pantaleo, would be indicted and he would be held accountable for his wrongdoing. But that didn’t happen. The grand jury refused to indict him; police investigators determined that he used a chokehold but took no action against him other than leaving him on desk duty. The Department of Justice announced in 2014 that it was investigating but hasn’t done anything even as the statute of limitations will expire next month; the city blamed the ongoing federal investigation for their failure to hold a Civilian Complaint Review Board hearing until this year,” she said.

Carr recalled how painful it was for her to sit through a review board hearing she referred to as “horrible.” She also said it was unsettling to hear Pantaleo’s lawyer “bash my son” by calling Garner a “ticking time bomb”.

“And then, at the end of each day, Pantaleo got to go home to his family. Eric doesn’t get to do that.”